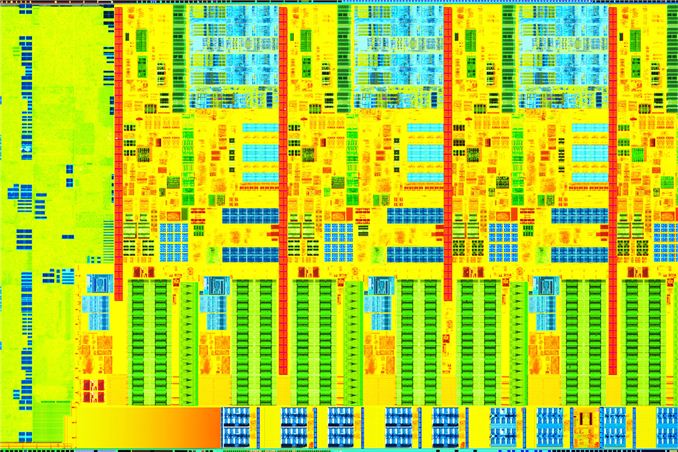 This is a very volatile time for Intel. In an ARM-less vacuum, Intel’s Haswell architecture would likely be the most amazing thing to happen to the tech industry in years. In mobile Haswell is slated to bring about the single largest improvement in battery life in Intel history. In graphics, Haswell completely redefines the expectations for processor graphics. There are even some versions that come with an on-package 128MB L4 cache. And on the desktop, Haswell is the epitome of polish and evolution of the Core microprocessor architecture. Everything is better, faster and more efficient.

There’s very little to complain about with Haswell. Sure, the days of insane overclocks without touching voltage knobs are long gone. With any mobile-first, power optimized architecture, any excess frequency at default voltages is viewed as wasted power. So Haswell won’t overclock any better than Ivy Bridge, at least without exotic cooling.

You could also complain that, for a tock, the CPU performance gains aren’t large enough. Intel promised 5 - 15% gains over Ivy Bridge at the same frequencies, and most of my tests agree with that. It’s still forward progress, without substantial increases in power consumption, but it’s not revolutionary. We compare the rest of the industry to Intel’s excellent single threaded performance and generally come away disappointed. The downside to being on the top is that virtually all improvements appear incremental. 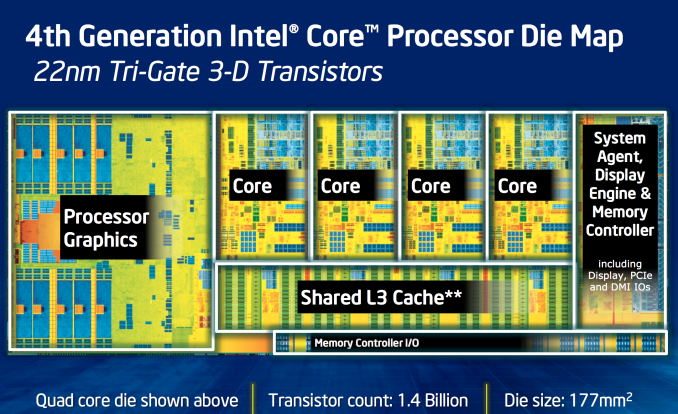 The fact of the matter is that the most exciting implementations of Haswell exist outside of the desktop parts. Big gains in battery life, power consumption and even a broadening of the types of form factors the Core family of processors will fit into all apply elsewhere. Over the coming weeks and months we’ll be seeing lots of that, but today, at least in this article, the focus is on the desktop.

Haswell is Intel’s second 22nm microprocessor architecture, a tock in Intel’s nomenclature. I went through a deep dive on Haswell’s Architecture late last year after IDF, but I’ll offer a brief summary here.

At the front end of the pipeline, Haswell improved branch prediction. It’s the execution engine where Intel spent most of its time however. Intel significantly increased the sizes of buffers and datastructures within the CPU core. The out-of-order window grew, to feed an even more parallel set of execution resources.

Intel added two new execution ports (8 vs 6), a first since the introduction of the Core microarchitecture back in 2006.

On the ISA side, Intel added support for AVX2, which includes an FMA operation that considerably increases FP throughput of the machine. With a doubling of peak FP throughput, Intel doubled L1 cache bandwidth to feed the beast. Intel also added support for transactional memory instructions (TSX) on some Haswell SKUs. 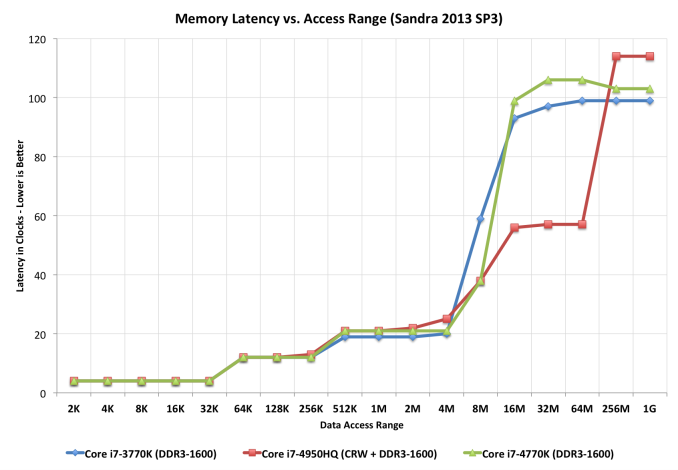 The L3 cache is now back on its own power/frequency plane, although most of the time it seems to run in lockstep with the CPU cores. There appears to be a 2 - 3 cycle access penalty as a result of decoupling the L3 cache.