Intel just announced, unsurprisingly, Haswell's design is complete and already in the testing phase. Update: We just confirmed that although Haswell is complete, the solar powered demo below wasn't running Haswell silicon. Sorry for the confusion!  Intel just demonstrated the very first Haswell system powered entirely by a solar cell. While it has no plans to productize a solar powered computer, the demonstration clearly demonstrates Haswell's new 1 0 - 20W power target. 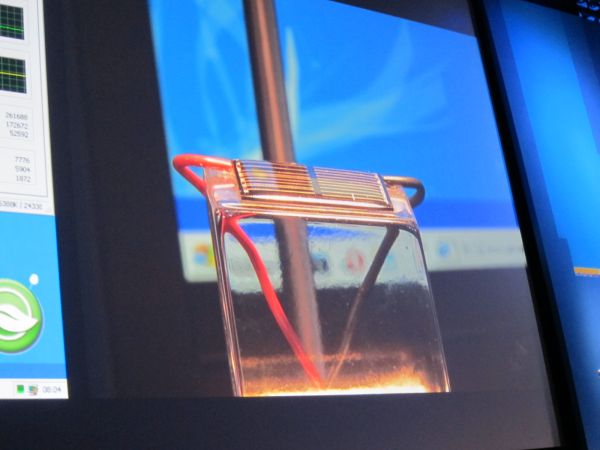