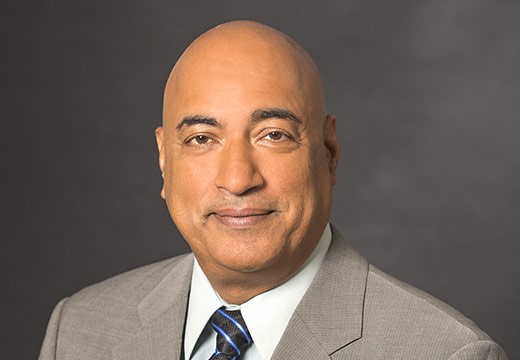 News hot off the wire is that Dr. Randhir Thakur, Director of Intel’s Foundry Services, is set to take up a position as Director of Tata Electronics, an Indian based company, part of the Tata Group.

Detailed at Mint, it has been reported that Dr. Thakur will join Tata Electronics. There has been some confusion in the press already reporting this story as to whether this is a full time role at Tata Electronics and if/when he will be transitioning to that role. InstaFinancials lists Dr. Thakur as an active director of Tata Electronics as of the 28th April, which is actually some months prior to today’s date, but he is still listed on Intel’s website (and on his personal LinkedIn page) as President of Intel Foundry Services.

We have confirmed with Intel that Dr. Thakur is still President of its new foundry division, and that the Director role at Tata is only a board position alongside his role at Intel.

Intel’s push into expanding its home-grown semiconductor business for external customer use was crystallized in CEO Pat Gelsinger’s IDM 2.0 project launched earlier this year. The third prong of the project is Intel’s Foundry Services (IFS), which was to be a separate entity alongside its main product lines in the balance sheet with its own revenue and metrics. Intel’s goal with IFS is to provide its semiconductor manufacturing facilities at scale to potential customers that typically rely on other companies, but this would also aim to assist Intel in developing its next gen process node technology.

Intel has announced several large expansion projects as part of its IDM 2.0 strategy, including $20 billion for two new production lines at its Arizona facility, $3.5 billion in new packaging production lines in New Mexico, and up to $120 billion on a ‘little city’ mega-fab with up to 8 production lines. Leading that project, as of March this year, is Dr. Randhir Thakur. Thakur was previously Intel’s Chief Supply Chain Officer since joining the company in November 2017, and his latest role as Director of Intel Foundry Services started in March 2021.

As for IFS customers, Intel has already announced Qualcomm for manufacturing on its 20A process node, and Amazon for packaging.

Tata bringing Dr. Thakur to the board of its Electronics division might be seen as a strategic benefit to Intel’s IFS vision, despite Tata Group operating mostly out of Asia. Tata Electronics is obviously eyeing a strategic goal of securing its own semiconductor supply chain for some of its businesses (such as its automotive brands), and this might involve partnership and collaboration with Intel. Back in June, Intel hired Hong Hao, who led Samsung’s North American Foundry Business, to ‘formulate business strategies and execute customer engagement plans’ inside Intel Foundry as a way to develop some of these customer engagements and outline potential markets. As IFS is planning to expand and secure customers long term, having Intel’s own employees within various key industry boards of directors might be a strategy to help boost the IFS balance sheet in the long term.