The concept and implementation of RGB can be a deal-breaker when buying a new motherboard. With many models to choose from, not many are brave enough to drop the rainbow lighting money spinning feature. The new MSI MEG X570 Unify takes a different approach with a unified all-black design and drops all integrated RGB LEDs and shares the same core feature set as the X570 Ace model with 2.5 gigabit Ethernet, a Wi-Fi 6 802.11ax wireless interface, and three PCIe 4.0 x4 M.2 slots. 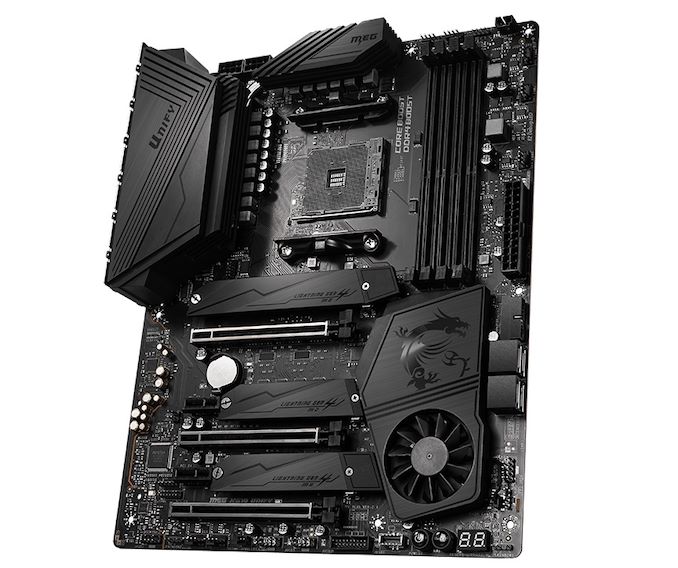 The MSI MEG X570 Unify combines sleek and uniformed all-black aesthetics without the swathes of RGB LEDs which some users find garish. With similar specifications to the MSI MEG X570 Ace which we reviewed at launch, the MEG X570 Unify takes a more direct approach with some very interesting features. Not only has MSI dropped all of the fancy plastic on the rear panel cover and removes the integrated RGB LEDs, but the power delivery heatsink is incorporated into the large aluminium rear panel cover to create a massive and robust cooling solution for power users; the X570 Unify is using a 14-phase power delivery design and two 8-pin 12 V ATX connectors for power. The Unify is more focused towards enthusiasts and represents MSI's higher-tier of X570 models. 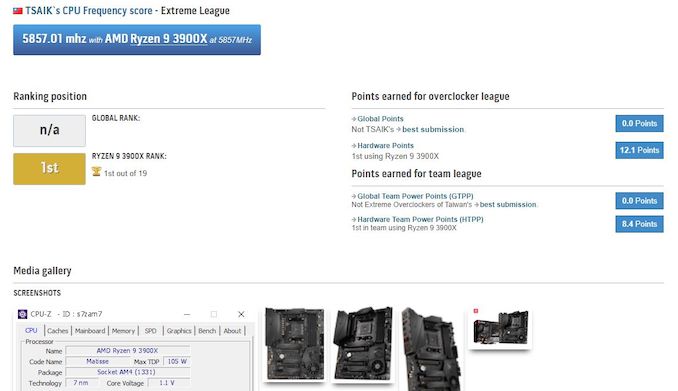 Everything about this model screams enthusiast, but without all of the bells and whistles of the MEG X570 Ace. The MSI MEG X570 Unify even managed to push a Ryzen 9 3900X to 5857.01 MHz which is the current highest frequency for this processor on HWBot. That sends a very clear message that this model is suited for overclocking, but still provides users with the same premium desktop motherboard features as other competitive models in its product segment.

At present, there is no pricing information available for the MSI MEG X570 Unify, but it is expected to hit the shelves soon and it's likely the launch of this model was due to coincide with the launch of the 16-core 7nm AMD processor, the Ryzen 9 3950X which has been pushed back to November.