Kicking off the first of a series of video card launches for this holiday season is NVIDIA, who is announcing their GeForce GTX 1660 Super. This is a relatively minor, but none the less interesting revision to the GTX 1660 family that adds a 1660 (vanilla) SKU with faster GDDR6 memory for improved performance. Along with the GeForce GTX 1650 Super (shipping in late November), these two cards are going to be the backbone of NVIDIA’s mainstream efforts to close out the year. And while NVIDIA’s other GTX 1660 cards aren’t going anywhere, as we’re going to see today, with its $229 price tag, the GDDR6-equipped GTX 1660 Super is pretty much going to make the other 1660 cards redundant. 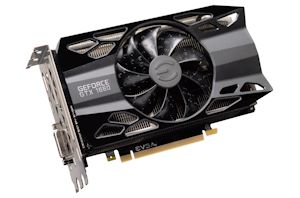 Launching today is NVIDIA's next mainstream video card, the GeForce GTX 1660. The card is based on the a cut-down version of the TU116 Turing GPU used in the...