From a distance this display was a bit hard to believe, after all why would anyone want to start promoting Serial ATA II when Serial ATA is still around a year away from mass market introduction? 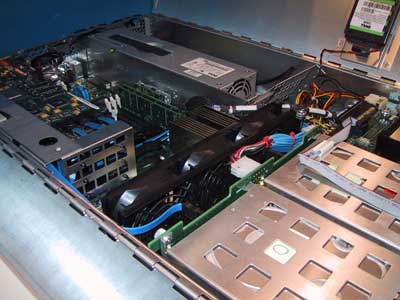 It turns out that when Serial ATA was being developed little attention was given to using the standard in servers, mainly because IDE never had much of a presence there. This raised a number of issues which are supposed to be addressed by Serial ATA II. The successor to the Serial ATA spec will support features like command queuing and obviously hot-swap capabilities aimed entirely at the server market, but there's even more. 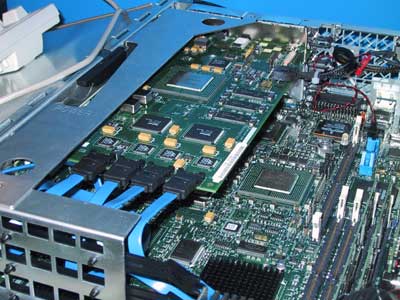 One of the challenges you run into with a multi-drive Serial ATA RAID array is that you'll need to have a port for every drive in the array. This means we'll either need cards with an infinite number of ports or there has to be a better way of doing this.

This is a large scale concept of what a Serial ATA switch would look like, the real thing would be much smaller

Part of the Serial ATA II specification is the support for switching logic to allow for an unlimited number of drives to be connected to one or more host ports. This way, if you run out of ports on your motherboard or RAID card then all you'll have to do is plug in a switch with more ports to solve your problems. 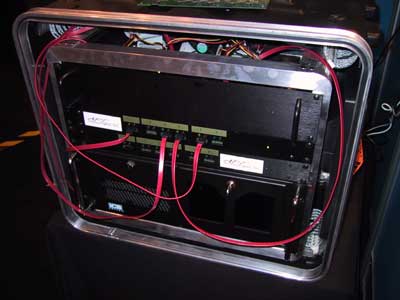 Intel's demonstration of a Serial ATA switch in action, the real thing would be tremendously reduced in size obviously in order to fit within a case

Each port on these switches would function as either a connection to the host controller or a drive, and the switch will be intelligent enough to even distribute bandwidth among the ports.