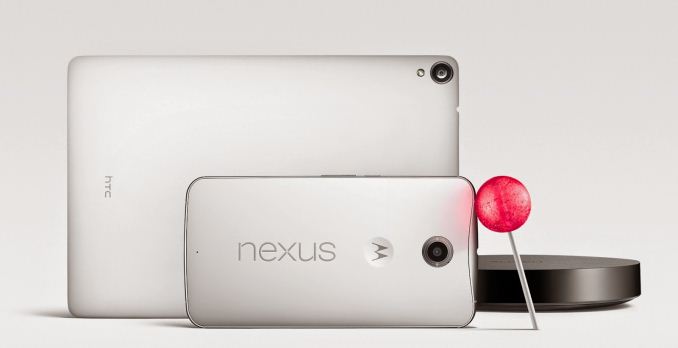 Today Google has officially announced the newest devices in the Nexus line, just one day before Apple's October event. Both devices have been rumored for some time now, and this is the first time in a while that we've seen Google introduce a new smartphone and tablet at the same time. The first device in the announcement is the Nexus 6, made by Motorola. The second is the Nexus 9 tablet made by HTC. To give an overview of how both devices look on paper, I've put together their specifications in a chart below. 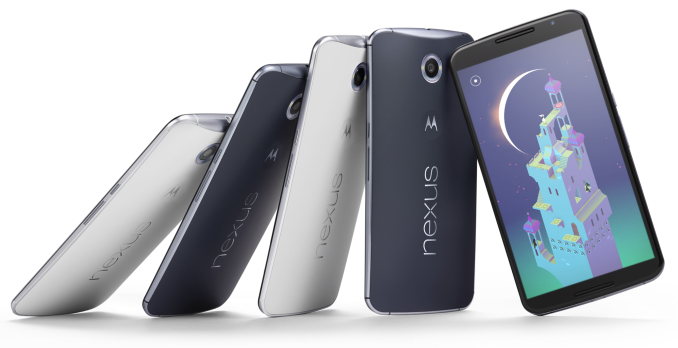 The Nexus 6 features a similar appearance to Motorola's other devices like the Moto X and Moto G. The plastic back is surrounded by a contoured aluminum frame that curves downward at the top where the 3.5mm headphone jack is located. On the back is Google's traditional Nexus logo, accompanied by an indented motorola logo and a centered rear-facing camera. The front is dominated by a large 5.96" display with a pixel density of 493ppi, and stereo speakers on the top and bottom bezels.

In terms of its specifications, the Nexus 6 is competitive with all the current Android flagship devices. It packs Qualcomm's latest silicon, a hefty battery, and a high resolution display. However, those premium specs are accompanied by a premium price of $649 outright which is significantly more than the $349 that the Nexus 5 is priced at. The Nexus 5 has been given a new web page along with the other Nexus devices which suggests it isn't going disappear with the launch of this newer, more expensive smartphone. 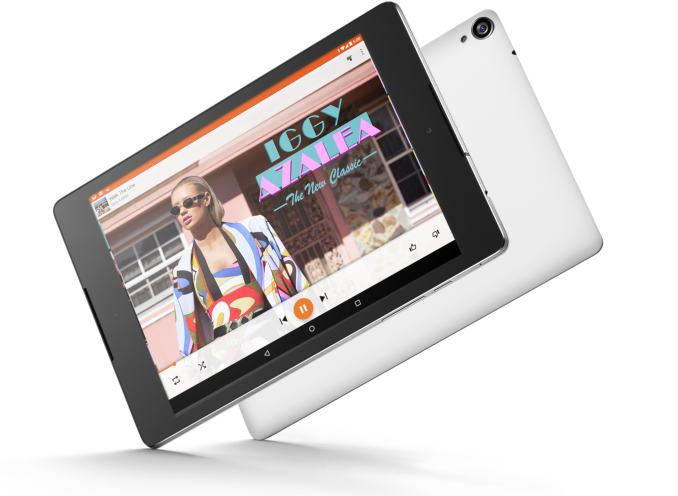 The next announcement was the Nexus 9 made by HTC. This is the first tablet from HTC since the days of Android Gingerbread and Honeycomb where HTC announced they were exiting the tablet market. With its soft touch back, the Nexus 9 is similar in its design to the Nexus 5. Unlike the Nexus 5 which was an entirely plastic construction, the sides of the Nexus 9 are made of brushed metal.

The front of the device is similar to the Nexus 7 with its asymmetrical bezels. The shape of the device is a departure from any tablet Google has produced before, with a 2048x1536 4:3 display like Apple's iPad. Both the 8.9" display size and 4:3 aspect ratio make the Nexus 9 a significantly larger device than the Nexus 7.

The SoC is the biggest point of interest with the Nexus 9. It will be the first device to ship with Nvidia's Project Denver architecture. This is a custom 64-bit ARMv8 architecture designed by Nvidia, a significant departure from the standard ARM cores used in previous Tegra chips. We covered the details about Tegra K1 Denver previously and you can read that over to get a more in-depth look at NVIDIA's new chip.

Along with the new device announcements comes the official name for the next version of Android. Android L is now Android 5.0 Lollipop, and it will ship on the new Nexus 6 and Nexus 9. Lollipop comes with Google's new Material Design and Google's new ART runtime, and will be rolling out to existing compatible Nexus and Google Play Edition devices in the coming weeks.