In an interesting reversal of what happened last generation, Microsoft's Xbox One launched at a $100 price premium to Sony's PlayStation 4. Despite Sony building the higher performing console, Microsoft's Xbox One actually had a higher silicon budget (thanks to eSRAM increasing the SoC's total die area). It was ultimately the bundling of Microsoft's Kinect that forced the Xbox One to launch at $499 instead of $399. Committed to making the Xbox One more than just a game console, Microsoft seemingly hoped Kinect would be a non-negotiable part of the Xbox experience. That all changes in early June however. 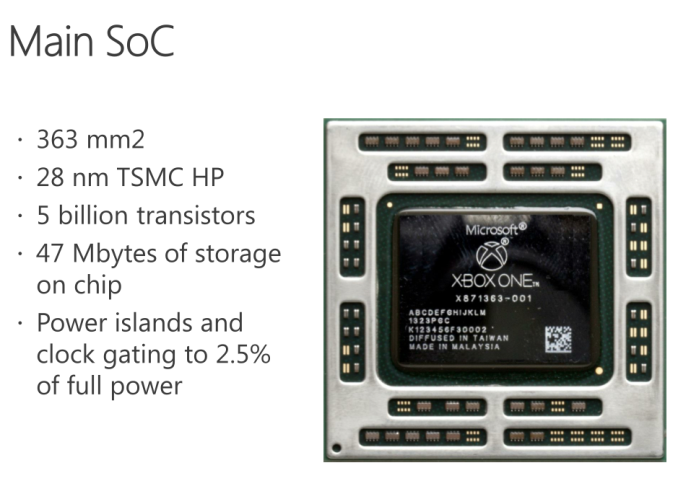 Microsoft just announced a $399 version of the Xbox One, without Kinect, available starting June 9th. The console hardware appears unchanged, it'll just be sold without Kinect. Microsoft will offer a standalone Kinect option later this fall. Also in June Microsoft will begin offering its Games with Gold Xbox Live program to Xbox One owners as well. Any Xbox One user with a Gold Xbox Live subscription will get access to free games every month (similar to the program already available for Xbox 360 owners, a single subscription will give you access to Games with Gold on both platforms).

Putting the Xbox One at price parity with the PS4 makes a lot of sense, and should help Microsoft in the near term. The real question is whether $100 is enough to move users over to the Xbox One or if the market views the PS4's spec/performance advantage as being more valuable than the Xbox ecosystem.

The real tragedy in all of this is that both Microsoft and Sony appear to have hedged their bets a little too much with the Xbox One/PS4. I get the feeling that neither company felt the market for ultra high end consoles was all that solid to begin with, and instead aimed lower on the performance ladder than they did last round (relatively speaking). It's a bit of a self fulling prophecy at this point. Going more conservative with performance due to a fear of a market going away is a great way to ensure that the market is open for a higher performing alternative (read: Steambox, PCs) to come in and steal users away.

In speaking with NVIDIA prior to the Tegra K1 launch their viewpoint is that the clock is ticking for when mobile SoCs can equal the performance of the new consoles. I'm sure the other mobile players are focused on the same thing. We'll likely see Xbox 360-ish performance out of mobile silicon in the next 12 months. Add another few generations (and process nodes) and we'll be a lot closer to Xbox One/PS4 performance. We're already pretty close on the CPU side.