Looking back on the original outset of the review, I guess I had no inclination as to what exactly the box of a TUF motherboard would have in it.  Given the market for the TUF is towards the longevity and stability of a product, one could argue that safety could be tacked on as well and some form of modified screws with a special screwdriver could be added.  Given that the Z87 Gryphon is a ~$162 motherboard, the box contains the following: 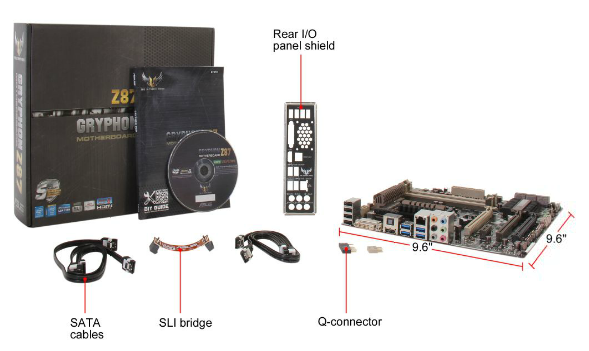 Ultimately this is almost the bare minimum ASUS could have put in the box – remove a couple of SATA cables and the SLI bridge would be the minimum compared to what we have seen with lower price segmentation.  There is scope here for ASUS to have included something to represent the TUF brand, such as a sticker for a case or a poster.  Though I guess what ASUS want users to buy is the Armor Kit, available separately: 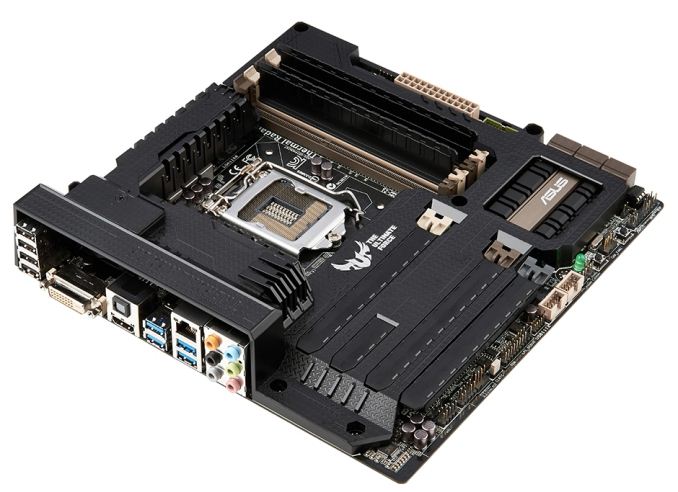 As one might imagine, a motherboard built for stability might not necessarily pull out all the stops to become the best overclocking motherboard on the market.  This is probably seen best by the Gryphon’s lack of automatic overclock options – we only found two, and these were further down the overclocking page in the BIOS.

That being said, if ASUS was attempting to escape overclocking, they would have used the H87 chipset.  Using some intuition and the manual overclock settings, our CPU still managed to hit the 4.6-4.7 GHz range similar to previous Z87 motherboards we have tested.  Motherboards built for longevity and overclocking motherboards are often cut from similar bits of cloth, although the testing applied to either will be different.

The automatic overclock settings are found in the OC Tuner option of AI Tweaker in the BIOS.  Selecting this gives two further options to select: Ratio First and BCLK First. 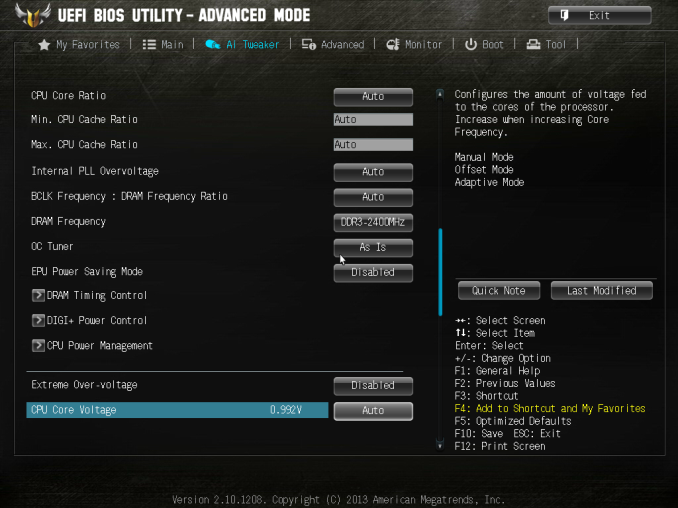 Selecting Ratio First gives a CPU multiplier of 43x/42x/42x/41x, meaning 4.3 GHz in single thread mode down to 4.1 GHz at full load.  Over the base CPU turbo, this means an extra 300 MHz on the single thread setting.  The BIOS still showed ‘Auto’ for CPU voltages and Load Line Calibrations, and in the OS this gave a load reading of 1.136 volts.  PovRay scored 1696.45, and OCCT gave a maximum temperature of 71C.  XMP was applied automatically also.

On the BCLK First option, the CPU was adjusted to the 125 MHz strap, giving a 34x125 scenario for all threads, or 4.25 GHz all over.  Again the BIOS reported an automatic setting for voltages, although in the OS this meant 1.174 volts during OCCT with a peak temperature of 75C.  PovRay scored 1757.7.

For our manual overclock we stayed in the BIOS and started from 4.0 GHz and 1.000 volts.  When the system was stable (PovRay + 5 mins OCCT) the multiplier was raised, and for any failure the voltage was raised by +0.025 volts using a fixed voltage application.  The following results were achieved:

At 4.7 GHz the system was stable but failing our OCCT temperature tests, giving over 90C.  Despite using a TRUE Copper heatsink for this test, better cooling would be needed to push the CPU further.