Earlier this year Intel introduced its second SandForce based SSD: the Intel SSD 330. While Intel had previously reserved the 5xx line for 3rd party controllers, the 330 marks the first time Intel has used something other than its own branded controller in a mainstream or 3-series drive.

I don't doubt that I'll eventually get the story of how we got here. Apparently there's a good one behind why Intel's sequential write speed was capped at 100MB/s in the early days of the X25-M's controller. Regardless of how, this is where we are today: every new Intel SSD, with the exception of the high-end PCIe solution, is now powered by SandForce's SF-2281 controller and not Intel's own silicon. 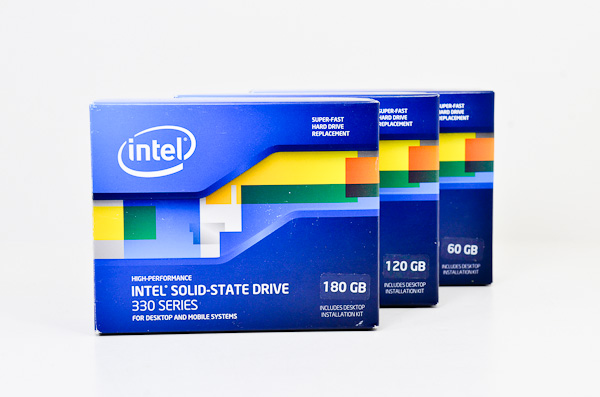 The firmware is of course a collaboration between Intel and SandForce, although it's not clear if Intel ever had access to the firmware's source code or not. The result is a solution that performs a little differently than a standard SandForce drive, but should be less prone to compatibility/stability/reliability issues that have plagued SandForce drives for the past year. The latter is difficult to quantify.

We have seen examples of better behavior from Intel's SF-2281 firmware internally, and even wrote about one in our original Cherryville review. Despite Intel's best efforts, there are starting to be a small percentage of issues being reported in the wild. The number of publicly reported problems is very low, but it's impossible to say if this is a function of time or a truly superior design. I'm still comfortable in saying Intel's SandForce drives are good and likely better tested than any other SF drive, but as with any SSD, there can be issues depending on your system configuration. For what it's worth, even Intel's own controllers have had issues. 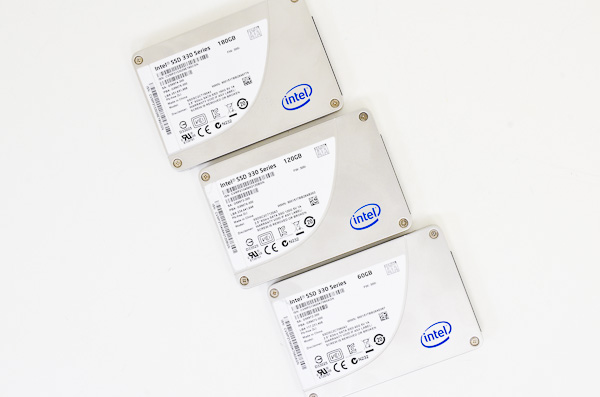 Architecturally the 330 and 520 are identical. They both use the same SF-2281 6Gbps controller, and they both use Intel's 25nm MLC NAND. Actually, if you look at the 330's PCB itself you'll see the same layout as the 520 and Cherryville codename silkscreened onto the board. Despite the latter, Intel's SSD 330 is technically codenamed Maple Crest.

The similarities don't end there either. If you haven't updated to the latest Intel SSD Toolbox, the 330 is actually detected by the software as a 520: 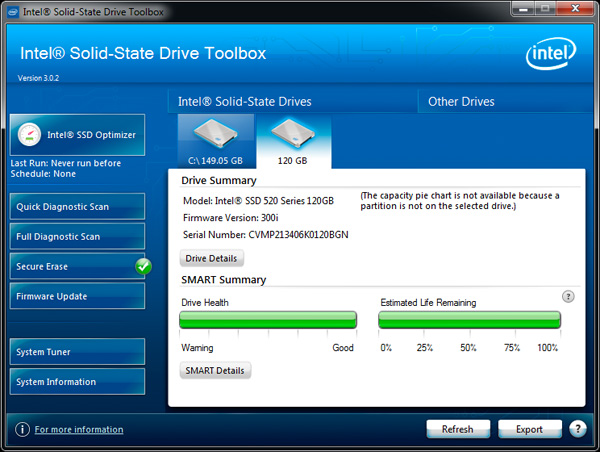 Updating to the latest version rectifies the latter: 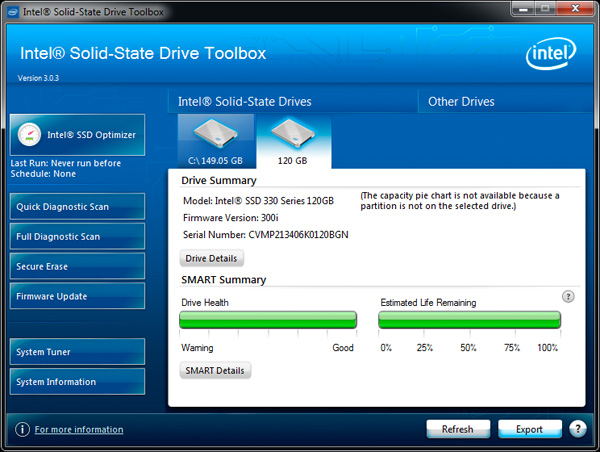 The 330 and 520 are very similar drives. The 330's primary differentiation comes from its use of cheaper, lower endurance MLC NAND. I'll get to the math behind why this isn't an issue at all for most users shortly. Conceptually, the 330 vs. the 520 is very similar to Kingston's HyperX 3K vs. regular HyperX drive. Just like with frequency binning for CPUs, there's endurance binning for NAND. Lower endurance parts are more plentiful (and thus cheaper) while the highest endurance parts will be sold for a premium (e.g. MLC-HET). If Intel does its job right, most of the stuff in the middle should be very good. And if it does its job really well, even the lower endurance parts should be more than good enough.

Intel's SSD 330 also carries a different firmware version from the 520: 300i vs. 400i. The firmware changes are likely minor in nature, however one major change is the loss of Intel's E2/E3/E4 SMART attributes for quick endurance testing. As I mentioned in our look at Intel SSDs in the enterprise, you can use these attributes to determine write amplification and estimate NAND longevity of a given workload. Intel views these as enterprise features, and with the 330's focus exclusively as a client drive it loses the features. You still have an accurate count of total host writes vs. NAND writes, as well as Intel's media wear indicator that lets you know what percentage of p/e cycles you have exhausted. I suspect this is more of Intel's famous forced segmentation at work rather than true delineation between client and datacenter drives. Depending on the server and workload, the 330 could be just fine.

Using cheaper NAND allows Intel to be a little more aggressive on the 330's pricing without sacrificing margins. We turn to our Newegg pricing table once more to see where this puts the 330 in the grand scheme of things:

Although SSD pricing is extremely volatile, Intel's SSD 330 tends to be among the cheaper solutions. The 60GB drive is just as cheap as the competition at $70, and the 120GB model is only $5 more than the chepaest alternative here. The 180GB drive is an interesting point below $200 if you need just a little more capacity than a 120GB drive would afford you. You pay a small price per GB penalty (~6%) but if you need capacity at a specific budget, it works. The newly announced 240GB drives were either backordered or not listed at many vendors.