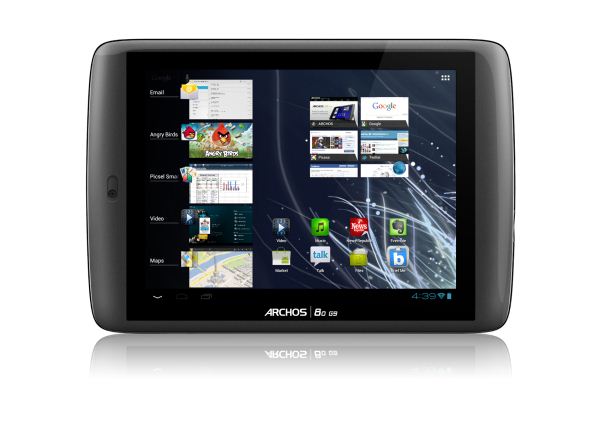 UK readers have one more thing to lord over their colonial cousins. Starting today, Archos has made available the long promised Archos 80 G9 Turbo in its full 1.5 GHz glory. Positioned as relative bargains in the Android tablet space, the updated slate can be bought from the UK Archos Store for £199.98 or £239.99, in 8 GB and 16 GB models, respectively. The updated line is shipping with Ice Cream Sandwich on board, so no firmware updates when you open the box.

As a refresher, we've been reporting on Archos G9 line for quite a while. Originally announced as the fastest Android tablets in the world, they haven't until now hit their top speeds on all models. With a TI OMAP 4460 tuned to 1.2 GHz, Archos released the first round of Turbo models in late 2011. These tablets matched the Galaxy Nexus in specs, but were still 20% below the promise. With whatever hurdles finally overcome, we're excited to explore the performance of a full speed OMAP 4460, particularly its PowerVR SGX540, which should be clocked at 384 MHz, trumping the GN's 304 MHz. Alas, this release seems to be UK and Europe only. With US pricing expected to hover around $300, we're eagerly awaiting a US release.