Matrox refers to the DualHead2Go on the box as an “External Multi-Display Upgrade for Laptop and PC”, and they provide some visual examples of the usage of their device. 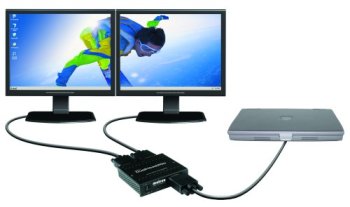 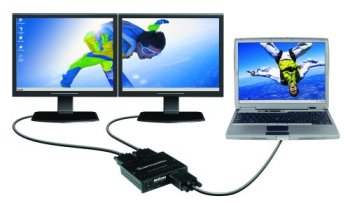 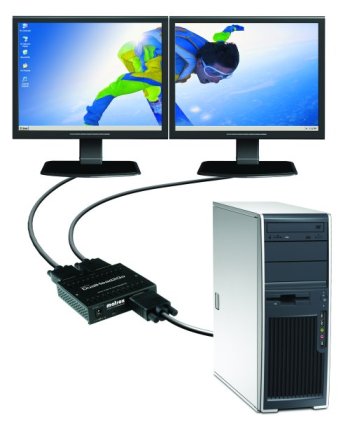 The DualHead2Go can be used to create one stretched out image across two displays, and can also let you use your laptop screen as a third display. This could be very useful if you need lots of extra desktop space. This could also have an interesting application in gaming because with this device, you could technically play games at extremely high wide screen resolutions. Although, projection displays would probably be necessary to avoid the breakdown in the middle caused by two monitors stuck together. Matrox states that resolutions of up to 2560X1024 are achievable, but unfortunately, some systems, specifically integrated intel graphics boards, can only get up to 2048X768. While those systems can't quite use the DualHead2Go to its full potential, 2048X768 is still somewhat impressive. Matrox graciously provided a list of systems that are compatible with their DualHead2Go, and you can view the list here.

Setting up the drivers and displays to our system was fairly straightforward and we were interested to see how two projection displays would look using the DualHead2Go. These images can give you an idea of what the driver interface looks like. 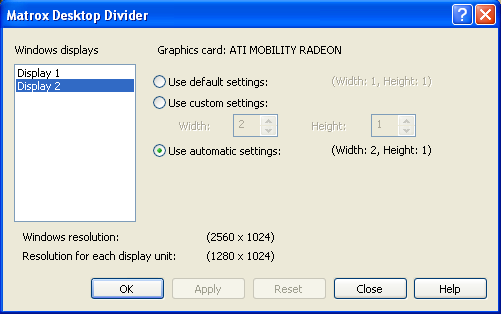 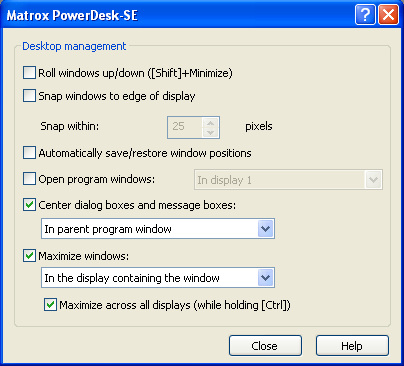 Once the device is hooked up and your system powered on, the drivers will detect your setup automatically and configure it for a widescreen display. You can also configure it to duplicate displays instead of combining them for applications like office presentations. 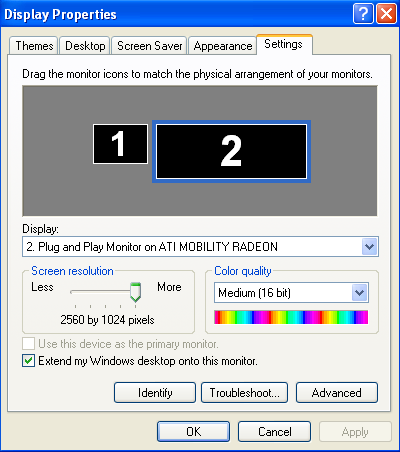 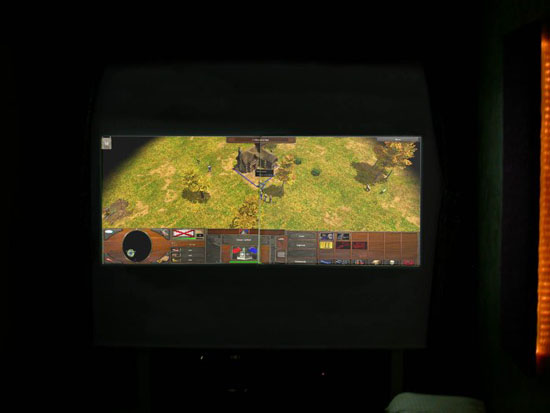 One thing that we would like to see is a dual link DVI version of the DualHead2Go. Because the connections are all analog, the maximum resolution that you can set is limited to 2560X1024 (depending on your system), but with dual link DVI, you could theoretically get much higher. This might be considered extreme, but given that the device is already very specialized, this would only serve to greatly increase its potential for gaming.