Back at Computex 2019, GIGABYTE had three new models of motherboards on display. These new motherboards at the time were almost mistaken for next-generation Intel boards, with GIGABYTE quickly rubbishing the rumours of a new chipset at the time, as they were marked with X299G. GIGABYTE has finally lifted the lid on the new models, with its launch and support for Intel's Cascade Lake-X HEDT processors. These boards are built on the same X299 chipset, and are called the the GIGABYTE X299X Designare 10G, X299X Aorus Xtreme Waterforce, and the X299X Aorus Master.

Two X's are Better Than One

The new GIGABYTE X299X models use the same previous LGA2066 chipset we've seen in the past, but with uprated componentry and controller sets. The extra X in X299X is to signify that these models are designed for the new Intel 10th generation HEDT Cascade Lake-X processors - this is not a new iteration of the X299 chipset.

Some of the new features of the motherboards include using Intel's 802.11ax Wi-Fi 6 wireless interface, most likely the Intel AX200, but this has yet to be confirmed. The GIGABYTE X299X Designaire is using Intel 10 GbE networking which offers two 10GbE ports on the rear panel; this is likely to be using Intel's X550-AT2 controller. 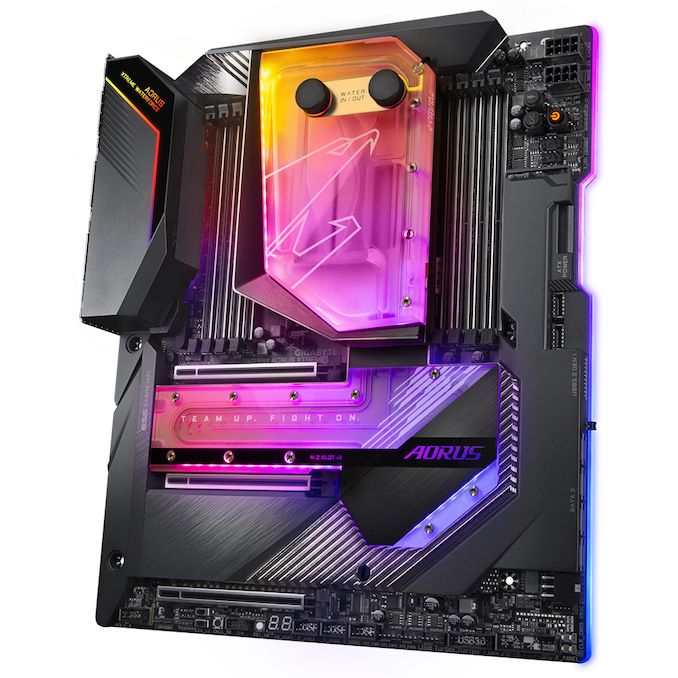 One of the key features with these new models is that there are more PCIe lanes available from the Cascade Lake-X processors, as we move from 44 to 48. As a result of this, the GIGABYTE X299X Designaire 10G and slightly leaner X299X Aorus Master both have two full-length PCIe 3.0 slots which operate at x16, with the other two full-length slots running at both x8. By contrast, the beefier water block-clad and RGB-laden GIGABYTE X299X Aorus Xtreme Waterforce has an impressive three-full length PCIe 3.0 slots which all run at x16. This is one of the main benefits of using Intel's Cascade Lake-X processors with the new X299X models. 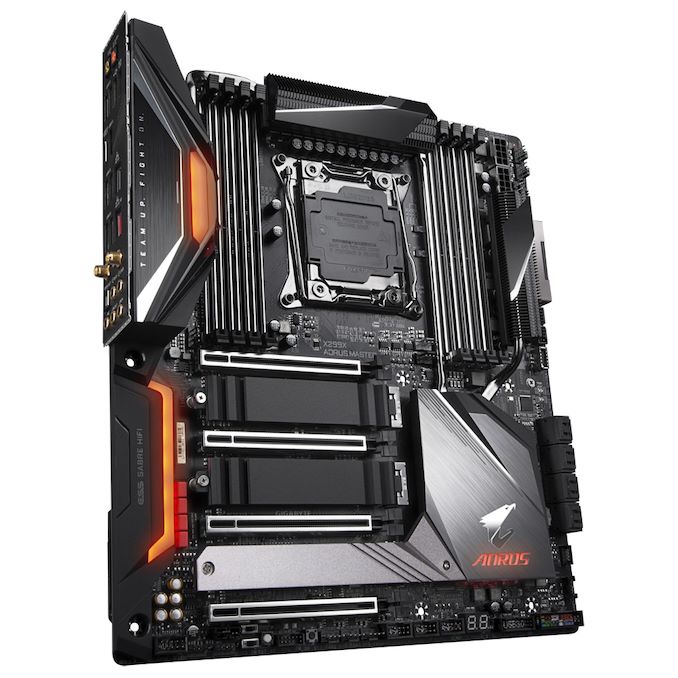 GIGABYTE's new HEDT trio all feature 16-phase power deliveries with eight memory slots with support for quad-channel memory and allow users to install up to 256 GB of DDR4. With content creators in mind, GIGABYTE has stated that all three models will work well with NVIDIA's Quadro graphics cards, and users looking to build a Cascade Lake-X gaming system can use multiple graphics card due to SLI and CrossFire support. The top tier X299X Designaire 10G and X299X Aorus Xtreme Waterforce models include dual Thunderbolt 3 Type-C ports on the rear panel and solid native support for PCIe 3.0 x4 M.2 slots with support for Intel's VROC RAID technology. 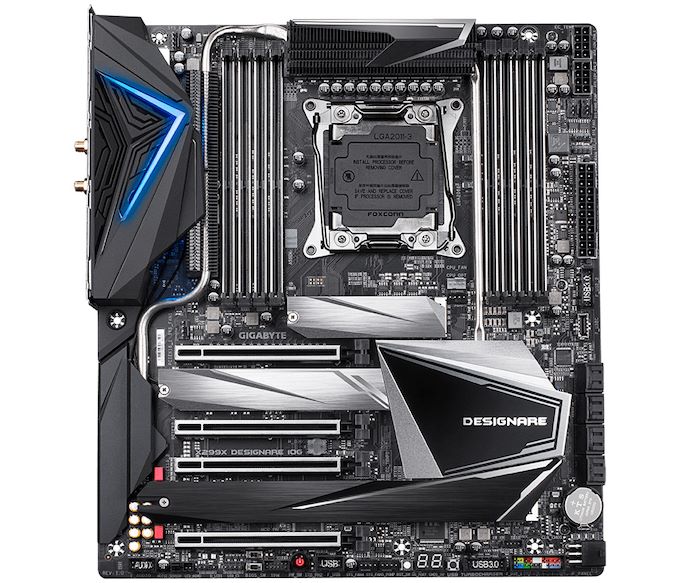 While the new X299X models are all suited to content creators and enthusiasts, the X299X Designaire is the more professional of the three with its dual 10G networking and dual Thunderbolt 3 connectivity. The X299X Aorus Xtreme Waterforce is primarily designed for enthusiasts and overclockers looking to create a solid and monolithic water-cooled system with little to no restrictions on PCIe and NVMe storage when used with Cascade Lake-X processors. All three models feature Realtek ALC1220-VB HD audio codecs with ESS 9218 Sabre DAC's for improved and good quality onboard audio.

Pricing and availability are currently unknown, but with Intel's top Cascade Lake-X processor, the Core i9-10980XE expected to launch at under $1000, the high-core consumer market space looks set to be an interesting one for the remainder of 2019.