In mid-2018, Western Digital published a white paper on helium and SMR technology for hard drives. From the perspective of external storage devices for consumer workloads, drive-managed SMR makes the best sense - there is no change required on the host side. WD's drive-managed SMR technology involves organization of the data streams (sequential or random) to be written sequentially to the media. This implies that random writes have to be cached and written in a sequential manner after undergoing some sort of address translation. The media cache can keep up with the high-speed requirements of the host, and the data is then migrated to the sequential shingled locations during the idle time of the drive (of which there ought to be plenty in the case of an external hard drive).

The nature of the above implementation points to high-volume random writes over a wide address range being quite problematic. Fortunately, the typical use-case for external hard drives don't involve that kind of traffic. Still, the drive needs to move any data in the distributed cache to the actual locations on the platter. WD takes advantage of the TRIM functionality in Windows (usually meant for SSDs to trigger garbage collection) to perform this process. In fact, we were able to manually trigger TRIM on the 2019 My Passport 5TB version. However, for the 2016 My Passport 4TB version (which is also SMR, supposedly), we couldn't trigger TRIM. 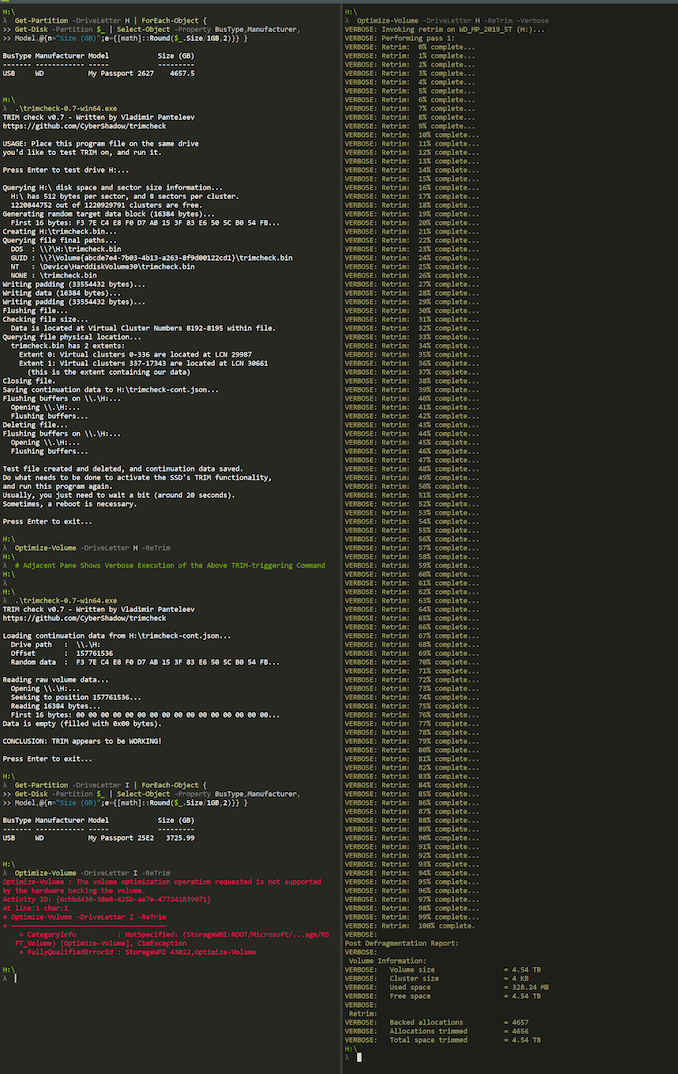 Seagate was one of the first HDD vendors to release a SMR hard drive in the market. Since the release of the first product, we have seen a number of firmware advancements (including proposals from the research community) that can make SMR drives perform as well as traditional CMR drives at least when not filled up close to full capacity. The Seagate Backup Plus Portable definitely fares better than the original Archive HDD. However, it appears that Seagate still has plenty of runway left in order to make the product perform better for the typical external hard drive use-case.

WD's white-paper indicates that high-volume random writes have the potential to trip up the performance of the My Passport, and high-volume sequential writes will not have any problems. We put that to test with our sequential writes test using a fio workload to fill up 90% of the disk's capacity with 128KB transfers. 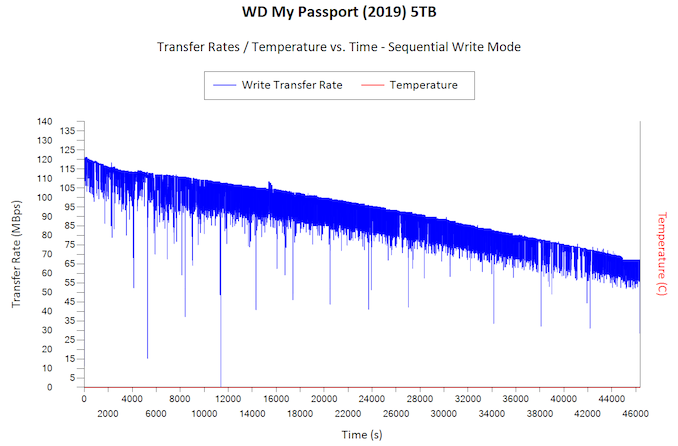 The above graph must be compared with the behavior of the Seagate Backup Plus Portable 5TB under similar traffic. Compared to the Seagate drive, we can see that Western Digital has made the My Passport 5TB perform in a more consistent manner (exhibiting almost CMR-like behavior across the full LBA range) at the cost of foregoing higher instantaneous write speeds.