Intel’s integrated graphics architecture has been somewhat stale for the last several generations, with small tweaks, and new media blocks, but no real performance increases or efficiency gains. The Intel UHD 615 in the HP Spectre Folio is further limited by an even more restrictive TDP.

Intel has been investing heavily in GPU recently though, and hopefully their next GPU architecture will address some of these shortcomings. But today we’ll see how the UHD 615 stacks up. Some laptops, such as the Lenovo ThinkPad A285, offer integrated AMD Vega graphics, and the Huawei MateBook X Pro features a low-powered NVIDIA GPU in the MX150, with the latest Huawei bumping that to the MX250. 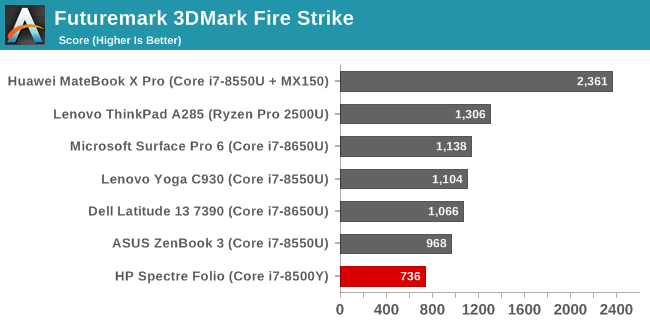 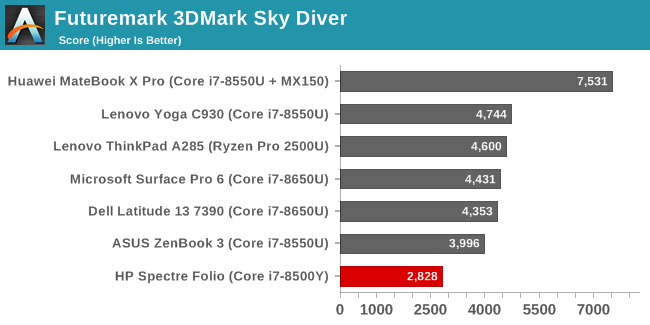 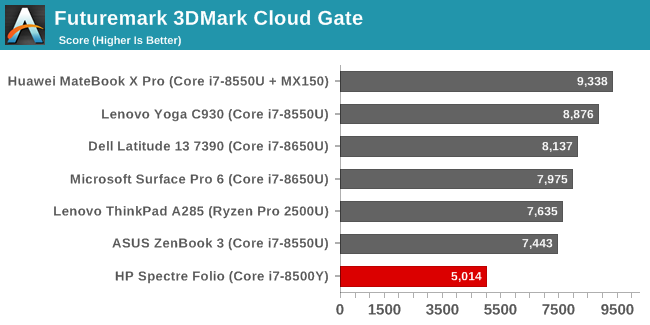 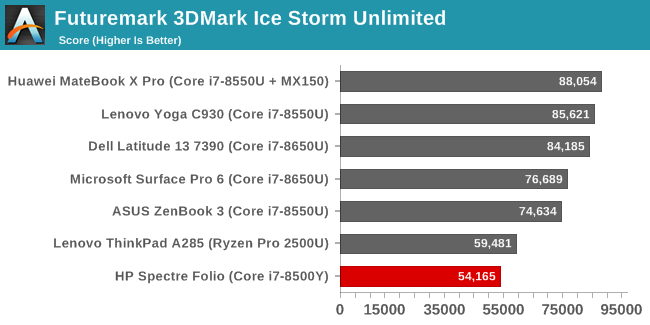 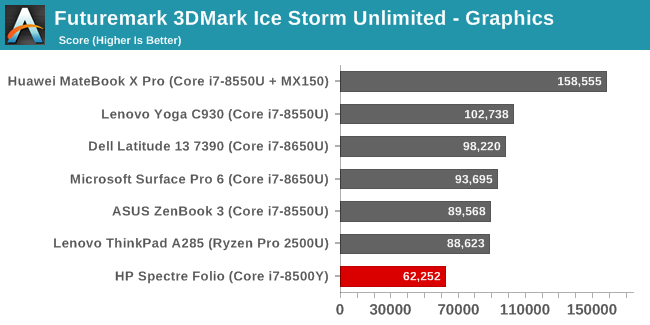 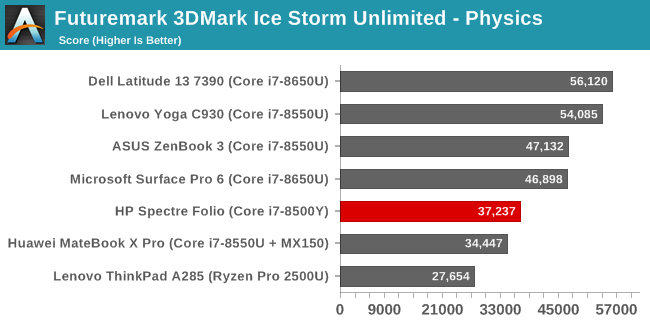 UL’s 3DMark offers different tasks with varying levels of complexity. Fire Strike is the most difficult we run on our laptop workloads, then Sky Diver, Cloud Gate, and Ice Storm Unlimited, the latter of which can also be run on tablets and smartphones. With just a 5-Watt TDP, the UHD 615 just can’t compete against the higher-powered laptops in our database.

Our second synthetic test is the latest from Kishonti and the latest Aztec Ruins tests utilize DX12. Despite the newer API, the HP still falls in at the bottom of this list. 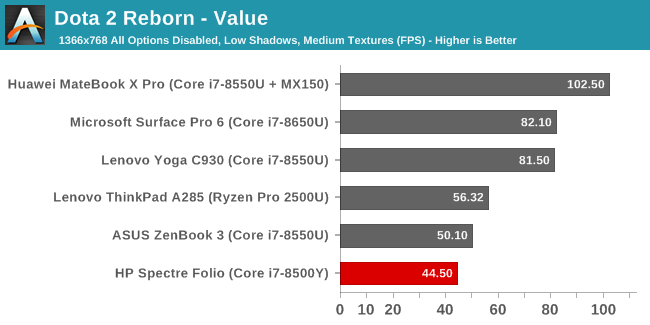 Looking at a real-world 3D game, Valve’s Dota 2 is a great test for low-end machines, since it is playable across a wide variety of hardware. It utilizes DX11 for its API, and we’ve tested it on our value settings which are 1366x768 with all of the effects disabled.

Dota 2 can be surprisingly CPU bound. This doesn’t exactly help the Spectre Folio though, since the CPU and GPU are both sharing the same 5-Watt TDP, and therefore one has to make way for the other. The result is not great framerate, although the game is still playable at 44 FPS.

HP offers a wide selection of SSD options, from 256 GB all the way up to a massive 2 TB. All of the SSDs are NVMe PCIe based as well. The review unit features a Samsung PM961 based SSD which is 256 GB. 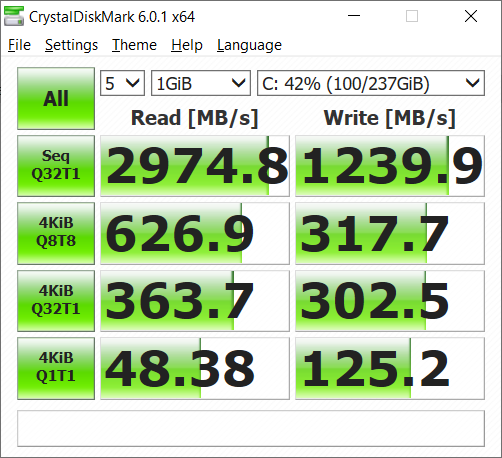 Performance is quite good, even with this being the smallest SSD available. Larger SSDs will of course bring more performance as well with the extra NAND offering more parallel channels for data access.