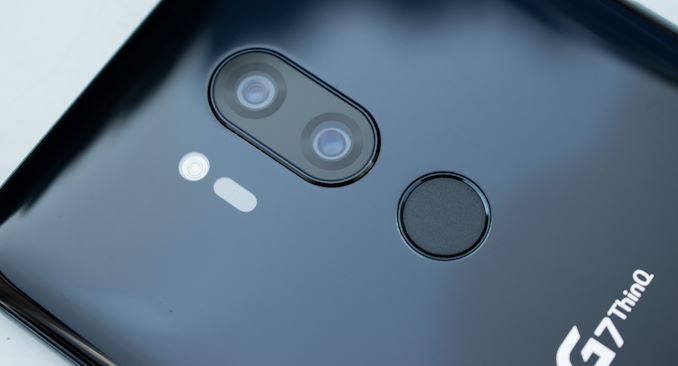 Starting last year, LG seems to have made a marketing strategy out of teasing features about their upcoming flagship devices. LG continues this strategy with today’s reveal of an interesting aspect about the upcoming LG G8 ThinQ, which we expect to be unveiled at MWC in Barcelona on February 24th.

For the G7, LG had teased the capabilities of the new generation LCD screen, revealing its brightness characteristics as well as its customisation options. While the screen was indeed very bright, it was rather handicapped by bad colour calibration as well as high base power consumption. The LG V40’s OLED screen showed great picture quality characteristics, however again suffered from even worse base power consumption issues, resulting in quite disappointing battery life results of the phone.

Today’s teaser announcement addresses two things: the main point is LG disclosing about the audio speaker design of the G8, while inadvertently confirming the screen technology of the upcoming flagship. 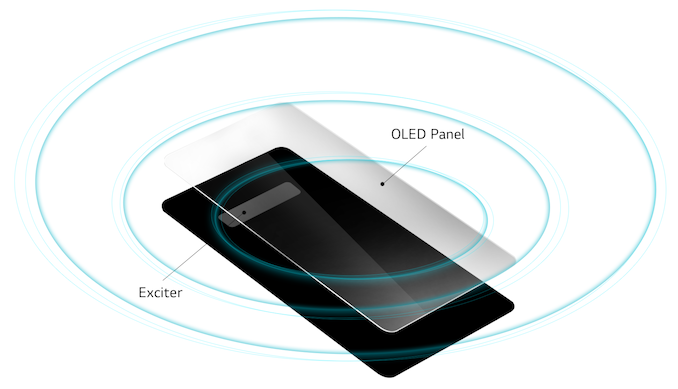 The new screen/audio technology is called “Crystal Sound OLED”. In essence, LG is using the display assembly and front glass as a speaker diaphragm in order to provide a better audio experience. Based on LG’s description of the feature, it sounds (pun intended) that this display speaker will be optimised for higher frequencies, while we’ll still have a traditional bottom firing main speaker that will take care of lower frequencies such as bass.

Interestingly, LG describes this setup as capable of stereo 2-channel output. This is achieved thanks to the display speaker exciter being located at the top of the phone, opposite the main bottom speaker. Stereo output was something I criticised the LG G7 on as its sound directionality was something the phone lacked in, so I’m glad LG is attempting to address this.

Even though the sound solution is interesting, the most important aspect of today’s announcement is the fact that LG is confirming that the G8 will be coming with an OLED display. LG has attempted OLED phones in the past, but most had mixed results. The company and has had some success in establishing it as a feature of the V-series starting with the V30, but still lagged behind Samsung Display in terms of quality.

The issue is that up till today LG hadn’t managed to deliver a device that didn’t have some picture quality issues all while delivering competitive power efficiency. The LG V40’s OLED screen had addressed the picture quality concerns, however it still showcased vast power issues – something that most of 2018’s phones with LG OLED displays suffered from, in varying degrees of severity, ranging from the Pixel 3, to Huawei’s Mate 20 Pro.

With the confirmation that the G8 will be coming with an OLED display, this marks the first time that LG has decided to use the technology in the G-series. This is an important distinction for the company as the G-series is LG’s “mainstream” flagship with global availability, compared to the more limited market strategy of the V-series. Subsequently, it will be important for LG to get the OLED screen right without any compromises.

We’re looking forward to get our hands on the G8 ThinQ and will be reporting about it at LG’s launch event on the 24th.