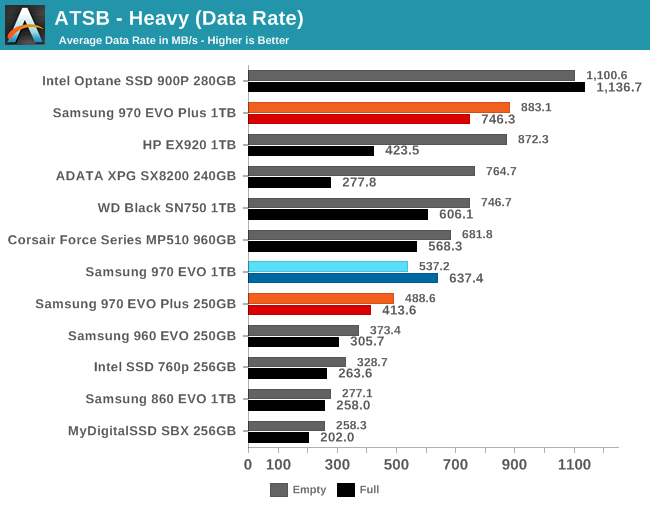 The Samsung 970 EVO Plus does not significantly improve on the best data rates we've seen from TLC SSDs on the Heavy test, and the 250GB model in particular is way behind the 240GB ADATA SX8200. However, the 970 EVO Plus does deliver class-leading full drive performance.

(Our 1TB 970 EVO persistently underperforms expectations when the Heavy test is run on an empty drive, with unusually high read latencies. The drive does not report any media or data integrity errors, and the other 970 EVO and 970 EVO Plus drives do not exhibit this behavior.) 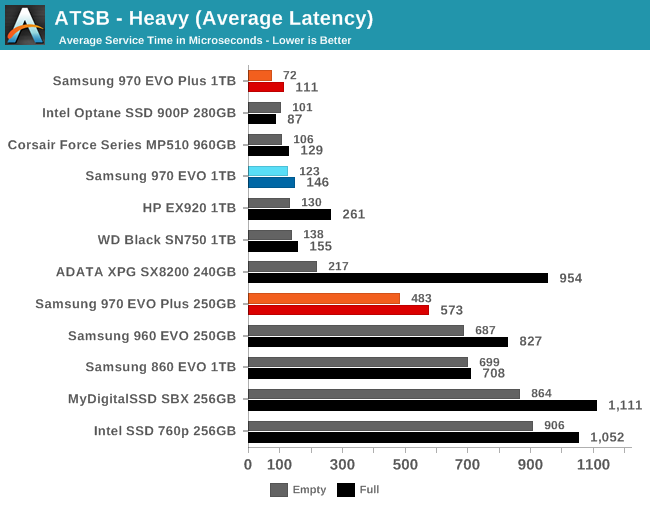 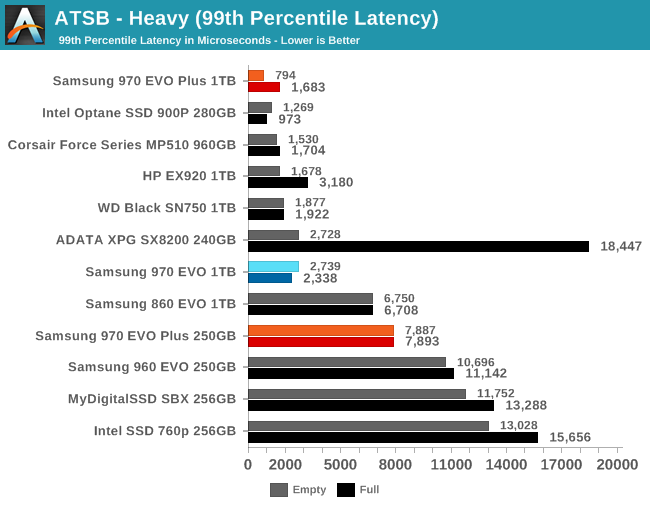 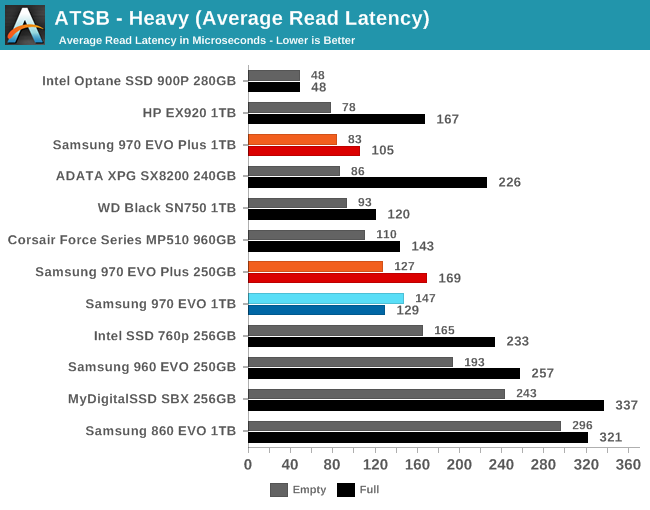 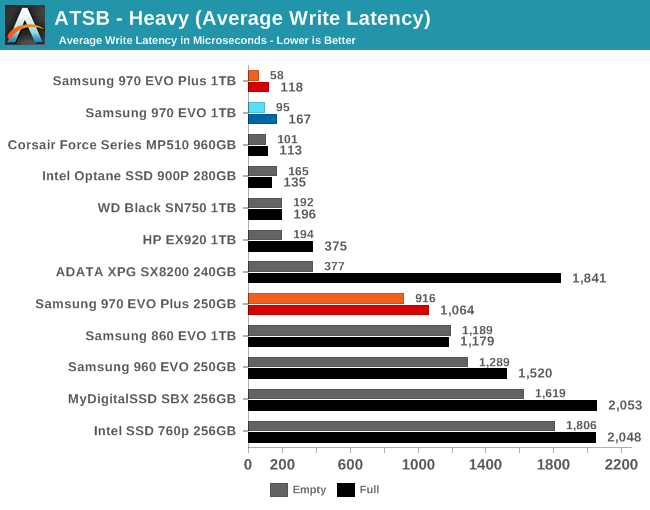 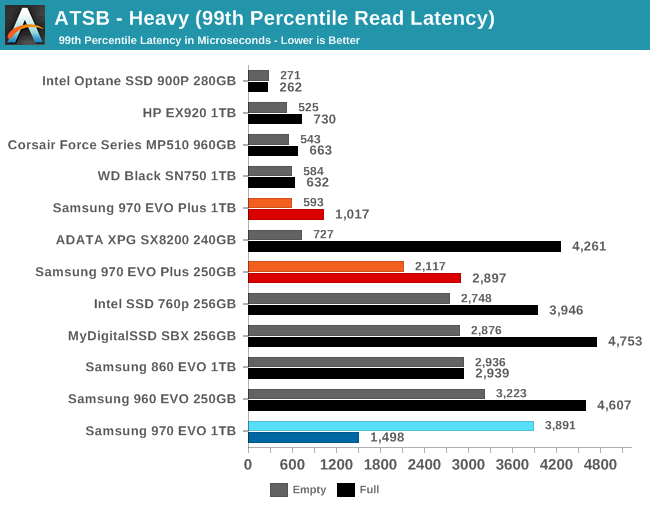 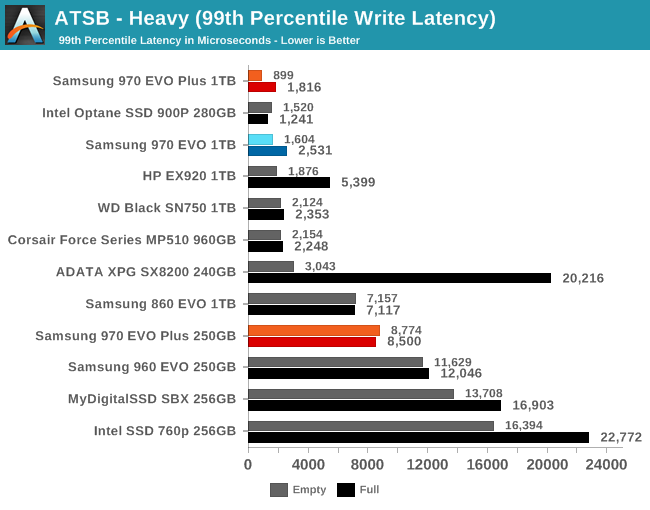 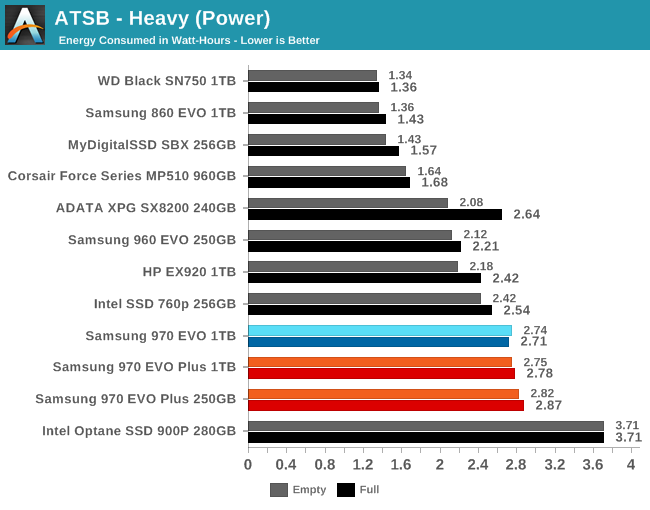 The 970 EVO Plus uses a bit more energy during the Heavy test than its predecessor, keeping it at the bottom of the list while the WD Black SN750 only needs half the energy and several other competitors are well ahead of Samsung.