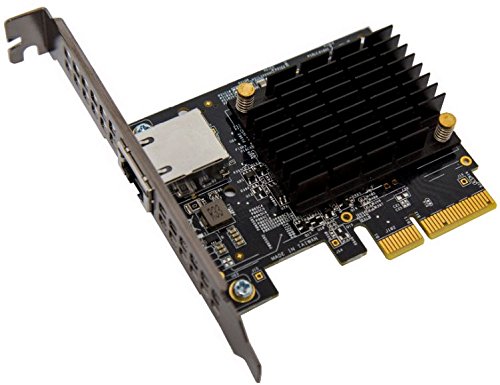 For a number of years, there has only really been one player in the home networking priority space with software aimed at gamers. Today, that changes: since the launch of Aquantia’s multi-gigabit Ethernet cards that allow 2.5G, 5G and 10GBase-T connectivity over standard RJ-45 connections, the company has put work into its own networking priority software. The point of the software is to enable quality by prioritizing the network traffic, such that users who are simultaneously doing many things can ensure that software that requires low-latency (such as audio, or gaming) takes center stage. Aquantia’s software is called Action Center, launching in conjunction with a Black Friday deal.

The point of network prioritization is hard to get across in text alone. The easiest way is to take the example of someone playing a ping-sensitive game, just as Counter Strike, while also punishing their connection with a heavy download simultaneously. Without any prioritization, both connections have the same priority, and the ping-sensitive game gets swamped purely on the amount of data the download requires. Ping shoots up, and the game is lost.

With prioritization, the network packets coming out of the system are tagged with a priority. Those at the top priority hop on the express lane and shoot straight out, while others are queued behind. Of course, coming the other way is different, but if the user is only downloading, then the gaming packets are still processed as they come in. If the upload is also being attacked, then the user can have the software limit the program doing the uploading, to enable bandwidth for the game packets.

It doesn’t have to be game packets – imagine trying to take a business call while Windows is downloading in the background. Or presenting over a network where it’s important that the audio discussion is prioritized over presentational video. 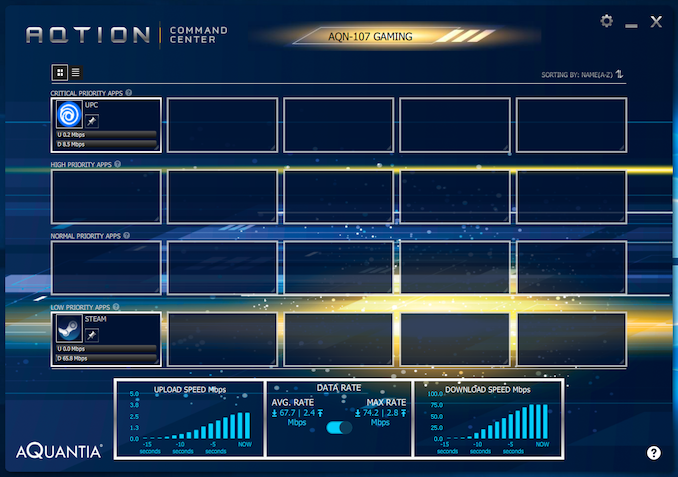 So if we accept that network prioritization is a good thing to have control over, even if it’s just the outbound packets from a single machine, the other question always becomes about CPU load. Aquantia is promoting that they use less CPU load than the competition as the prioritization is hardware accelerated. 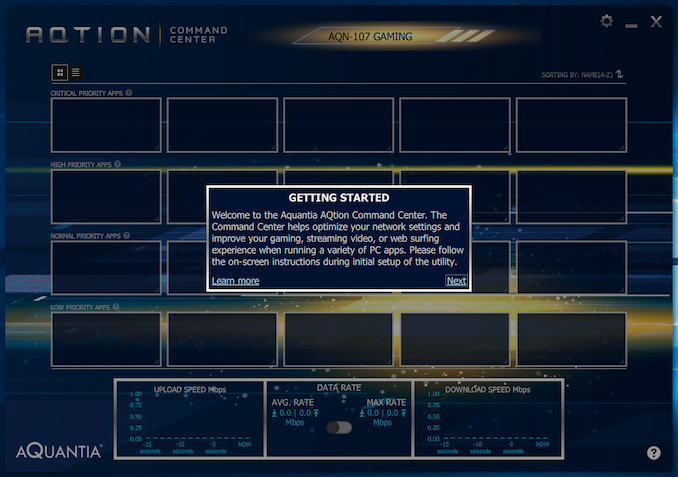 The software is relatively easy to use. By default a few hundred of the most common applications are listed with set priorities, and users can adjust the priority as required. The system background processes are hidden to begin with, but users can show them if needed. The software will detect non-listed apps as well, but default them to the lowest priority. This is where the competition has a one-up in that they detect the type of connection and adjust priority accordingly. 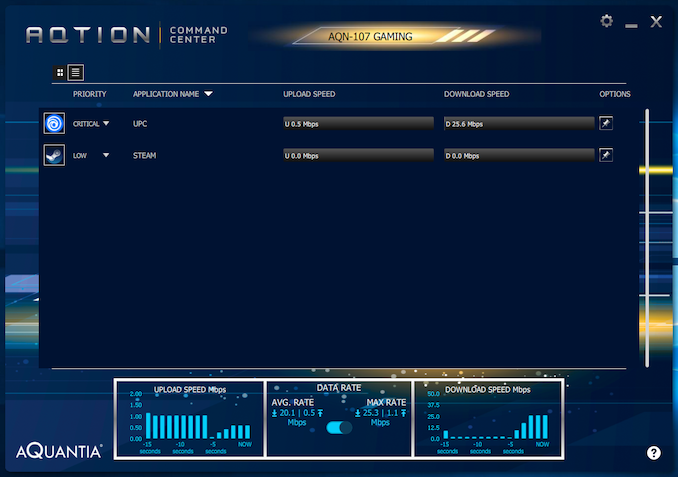 For a step into network prioritization software, Aquantia’s Control Center is easy to understand with its layout. I’m looking forward to seeing how the software evolves.

In line with the launch of the Action Center, Aquantia is implementing a Black Friday deal on its $90 10GBase-T Gamer Edition AQN-107 PCIe cards purchased through Amazon. These cards support 1G, 2.5G, 5G and 10G through RJ-45, on a PCIe x4 connection. These Gamer Edition parts include an enhanced heatsink as well as color matching for any gaming machine. Any qualifying purchase of two AQN-107 cards between 12AM Friday to Monday 11:59PM will get an extra 25% discount, with the idea that if a user buys two, it allows for point-to-point connectivity. The qualifying hardware link is below.