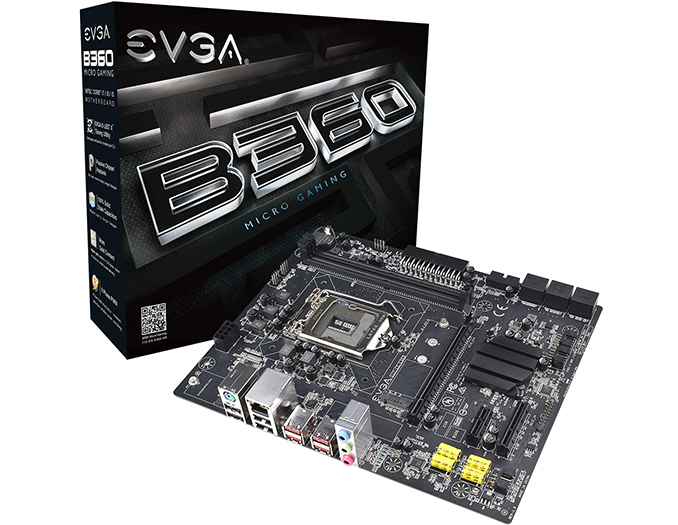 EVGA on Tuesday officially introduced its first budget-oriented motherboards. The EVGA B360 Micro Gaming is based on Intel’s moderately priced B360 chipset, yet the mainboard supports most of the key features one comes to expect from an EVGA board, with the exception of course of overclocking.

The EVGA B360 Micro Gaming supports Intel’s Coffee Lake processors and is outfitted with an 8-phase PWM that promises a clean and stable power supply to a CPU. Since Intel’s B360 PCH does not support overclocking, the VRM is not covered with a heatsink and was not designed for this in general (though, expect it to handle processors with a default TDP without any problems). One particularly notable thing about the EVGA B360 Micro Gaming is that it does have any display ports, and as a result it cannot use Intel's iGPUs. Keeping in mind that EVGA is a leading supplier of graphics cards and positions its products for gamers who rarely use Intel's graphics, such peculiarity looks relatively logical for the company. 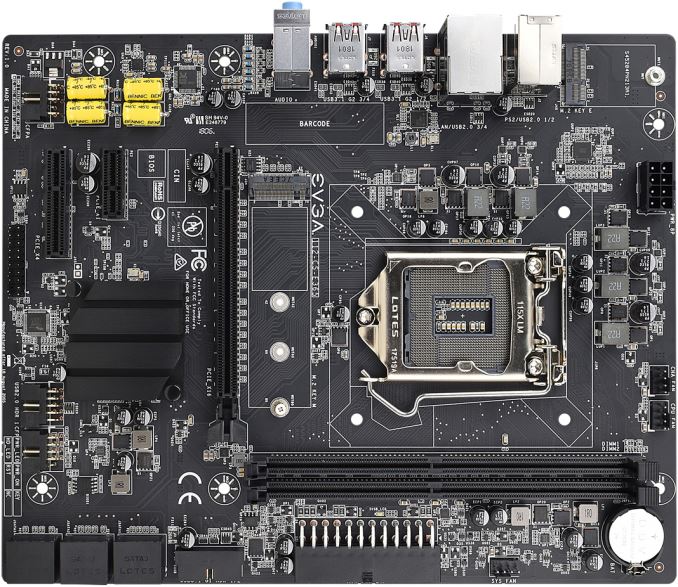 The motherboard has two slots for DDR4 DIMMs and can support up to 32 GB of memory, which is a reasonable limitation for an entry-level Micro-ATX gaming system. When it comes to expansion capabilities, the mainboard has a PCIe 3.0 x16 slot for graphics cards, a PCIe 3.0 x4 slot for high-end SSDs, a PCIe 3.0 x1 slot for other types of add-on-cards, one M.2-2280 slot for SSDs, six SATA hot-plug-capable connectors for storage devices, and an M.2-2230 slot for CNVi 802.11ac Wi-Fi solutions. 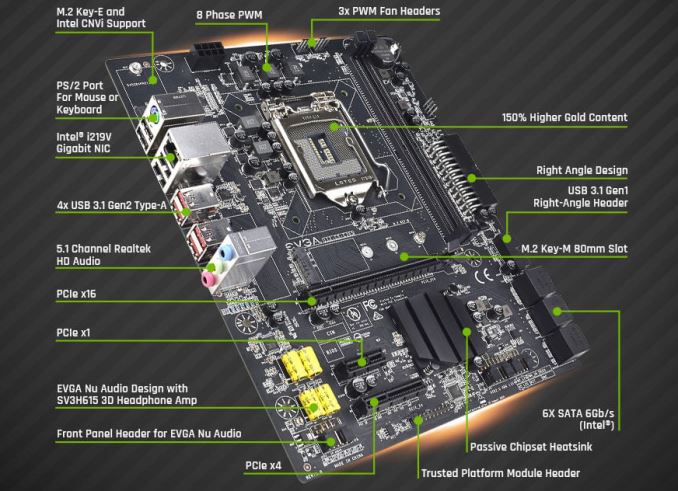 EVGA’s B360 Micro Gaming is of course a far cry when compared to the company’s enthusiast-class motherboards based on Intel’s Z370 or X299 chipsets. Nonetheless, the release of such a platform by EVGA indicates that the company is now looking at entry-level gaming machines as a way to expand its business.

The EGA B360 Micro Gaming is available right now directly from the company for $119.99.