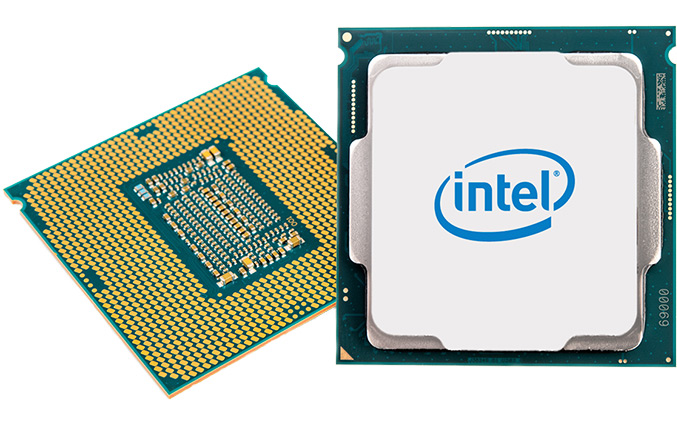 Intel last week announced plans to start using an additional assembly and test facility to produce boxed versions of its six-core Core i5/i7 (Coffee Lake) processors. The addition of the new site in China will enable Intel to increase supply of its latest CPUs. Meanwhile, it is noteworthy that Intel has long solved problems with insufficient supply of its latest products (that plagued them early in the lifecycle) and right now the chips are usually sold below RCP (recommended customer price).

So far, Intel has been using its facilities in Malaysia and Vietnam to assembly and test its boxed six-core Coffee Lake processors that are sold primarily in retail. Last week the company said that starting from May 28, 2018, its customers would start to receive Core i7-8700K, Core i7-8700, Core i5-8600K, Core i5-8500, and Core i5-8400 CPUs assembled and tested in Chengdu, China. The company already uses this site to do the same operations to tray/OEM Coffee Lake processors. Meanwhile, since Intel’s assembly and test facilities are a part of the chipmaker's Copy Exactly! (CE!) program — all procedures and process technologies they use across various production sites across the world are identical. Therefore, performance, quality, reliability and other characteristics of CPUs produced, tested and assembled in different locations are said to be equivalent.

Adding another assembly and test site over half a year after the announcement of the products makes sense since Intel’s partners are rolling out new (and more affordable) motherboards for Coffee Lake CPUs and it is logical to expect demand for these processors to rise. In addition, recently the company expanded the lineup of its 8th Generation Core i5/i7 offerings for retail with models that come with Optane caching SSDs, making its products a bit more attractive. As a result, in order to avoid any potential bottlenecks in the supply chain Intel is adding a new facility to the list of factories that process the said CPUs.

It is noteworthy that by now Intel has resolved all the undersupply issues that plagued its higher-end Coffee Lake processors back in October. At present, the chips are readily available from leading retailers and in most cases are sold below their RCPs.