If you’ve seen anything in the Arctis lineup of headsets from SteelSeries, you’ll notice right away that the Arctis Pro doesn’t go in a whole new direction in terms of styling compared to the other models in the Arctis line, and that’s not a bad thing. For those that like an understated look, Arctis definitely fits the bill. The headset is mostly black, with some gray accents on the hangers and strap, but the styling is muted, which looks great. 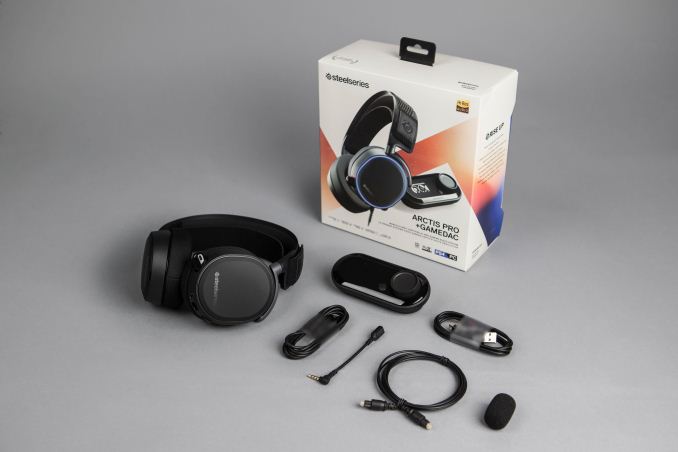 You can’t get an accessory anymore without some sort of RGB lighting, and the Arctis Pro features LED lighting around the outer edges of the speaker plates. The lighting, and effects, can be adjusted right in the GameDAC itself, or through the SteelSeries Engine Software, but it’s points to SteelSeries for not requiring the software to configure anything on the headset.

For those that do want a bit more edge to the styling, the speaker covers are just held on with magnets, and can easily be removed, which shows off more of the LED lighting, as well as a spiderweb design underneath. If you’d like to mix it up, SteelSeries also sells additional accessories for the headsets to customize the look a bit more. 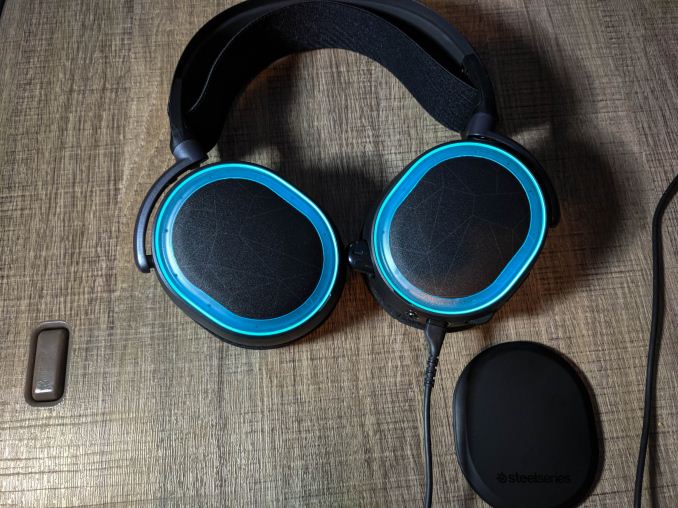 The top strap has been slightly redesigned from the previous Arctis lineup based on customer feedback, and it features a “Ski Goggle Headband” with an adjustable strap, which lets you easily set the height the headset sits when being worn. The band provides even pressure, and overall, it’s very comfortable. The strap itself was perhaps a bit too tight when right out of the box, but a couple of weeks in and the pressure is much better. 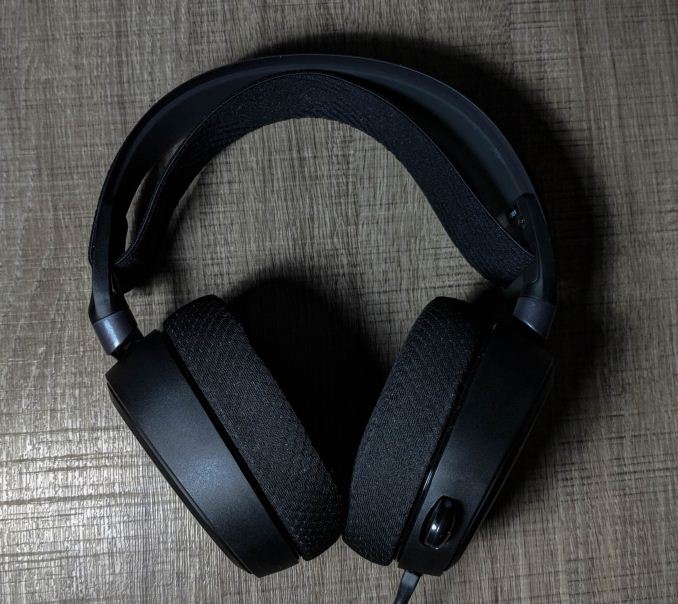 The ear cups features “AirWeave” ear cushions, which, as the name implies, offers breathability when wearing the headset. There’s no problem with heat even after wearing them for several hours at a time. SteelSeries does offer a velour, as well as a leather ear cup, if you’d prefer that, but the AirWeave versions that come in the box are excellent.

All of the controls are on the left ear, and there’s not many since this is a wired headset. There’s a mute toggle switch, a volume knob, and the connectors. To connect to the GameDAC, the headset uses a proprietary cable which is close in size to a mini USB connector. This is in-line with the rest of the Arctis lineup, which also uses the same cable on the wired models. The cable itself is fine, but an improvement SteelSeries could have made would be to use a USB-C cable, which would be standard and easier to obtain if the original is damaged. The company does sell replacement cables on their website though, so if you do need a cable, it’s possible to get one.

The left ear cup also features a 3.5 mm input, so you could connect directly from any device, and in addition, SteelSeries ships an adapter cable from their own cable to 3.5 mm, making it very easy to hook up to a phone or other device which features a 3.5 mm jack. Here, again, USB-C would have been nice since you could also hook up to devices which have dropped the headphone jack. 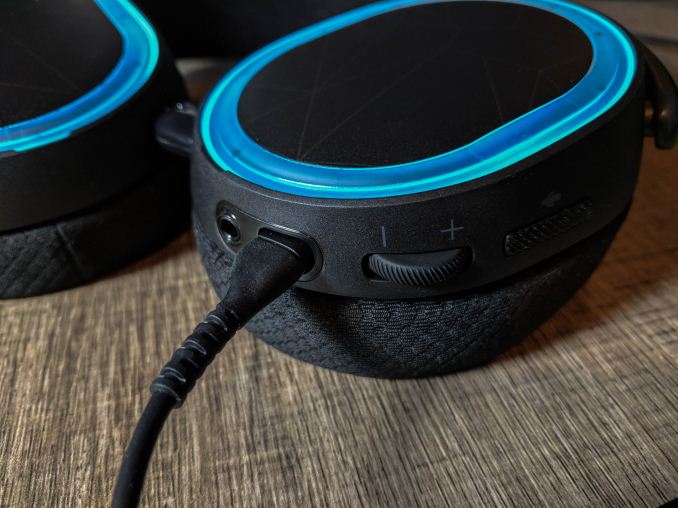 The build quality if the headset is very good. There’s no creaks or groans when putting the headset on, or taking it off, and features like the aluminum speaker hangers not only provide plenty of stiffness, but they keep the device weight down.

Overall, the experience with the headset has been very good, although there are a couple of small issues with the experience. First, the location of the volume and mute buttons on the back of the headset are right where your hands would naturally go when taking off or putting on the headset, so from time to time you’ll bump the buttons, which may turn on the red LED on the microphone, or raise or lower the volume.

Finally, the Arctis Pro is a closed back design, which is great for isolation, but it would be nice to see an open back model as well, for those that do need to keep some connection to the real world, even if we don’t want to.