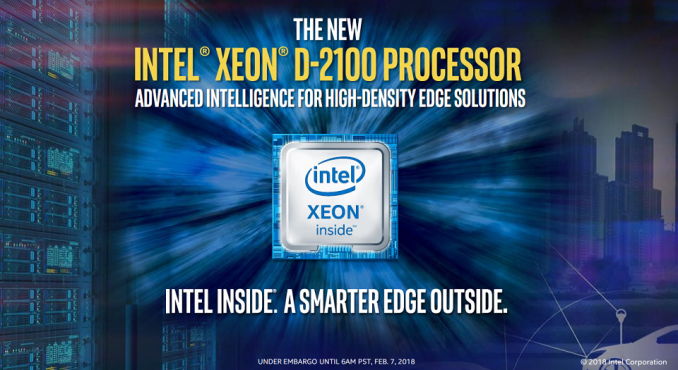 For certain groups of users, Intel’s Xeon D product line has been a boon in performance per watt metrics. The goal of offering a fully integrated enterprise-class chip, with additional IO features, with lots of cores and at low power, was a draw to many industries: storage, networking, communications, compute, and particularly for ‘Edge’ computing. We reviewed the first generation Xeon D-1500 series back in June 2015, and today Intel is launching the second generation, the Xeon D-2100 series.

Before discussing the platform as a whole, we’ll dive straight into the launch processor list.

Intel has defined the new Xeon D-2100 series in three areas: Edge Server and Cloud, Edge Network and Storage, and finally the QuickAssist variants. The first segment, Edge Server and Cloud, has the three processors that were placed onto Intel’s January price list, published before today’s official launch. We reported on that last week, noting several key comparisons in the design compared to the D-1500 series, such as naming, core configurations, and power consumption.

For naming, Intel has the following scheme:

For the processor list, there are some key patterns to identify. Almost every processor supports four integrated 10 gigabit Ethernet ports, except the top 18-core processor, the Xeon D-2191. This processor will have to use external MAC/PHY combinations through its PCIe lanes to get Ethernet ports, making a trade-off for the peak number of cores. By not supporting the integrated Ethernet ports however, there is a trend in the rated TDP compared to the 16-core counterparts of similar frequencies that do support the Ethernet ports. 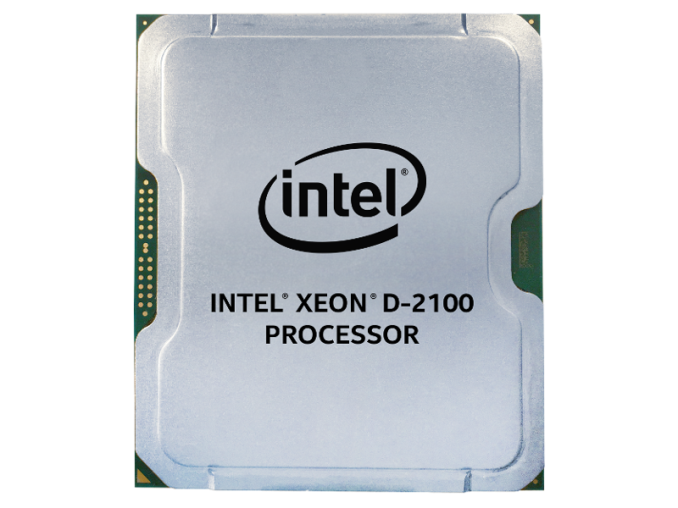 Memory support for the processor line extends to 512 GB of DDR4 ECC memory, and includes both RDIMM and LRDIMM support. This comes through supporting four channels of DDR4, at two modules per channel. What is inconsistent however is the rated support of the processors: most of the cheaper processors only support DDR4-2133 memory, expect the quad-core Xeon D-2123IT, which does support DDR4-2400. Above this, customers will need to spend at least $1400 to get a minimum of fourteen cores to get either DDR4-2400 or DDR4-2666. For the higher speed, this is limited to the top two QuickAssist enabled processors, which also need to support 100 Gbps of QAT. These processors also have the highest TDP, having almost the ‘best’ of everything. 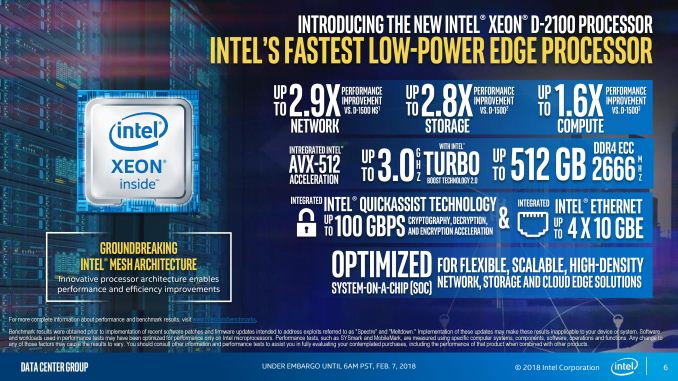 All the processors across the range support Turbo Boost 2.0 technology, with a single-core boost frequency of 3.0 GHz. There is, however, a wide range of all-core turbo frequencies (from 2.2 GHz to 2.8 GHz) as well as a range of base frequencies (1.6 GHz to 2.2 GHz). It is worth noting that Intel quotes TDP at the all-core base frequency, not in any turbo modes, so it is likely that the 100W TDP models might draw substantially more than 100W power at the all-core turbo frequency (I’ve had an article on this brewing for some time, I just need to get my thoughts down on paper). Ultimately the motherboard manufacturer can enforce a power limit at the BIOS level if a customer has a specific request.

Another element to the stack is the extreme pricing of the 18-core Xeon D-2191. Despite not having integrated Ethernet nor QuickAssist, its $2407 rated tray price is over $400 higher than the Xeon D-2187NT which has two fewer cores but a higher base frequency, a higher all-core turbo, higher DRAM support, and the best options on integrated Ethernet and QuickAssist (it is 24W higher on TDP as well). From a pure price perspective, this jump from the top core count part down to the one just below it is sizeable, although Intel does have a history with this, such as the E3-1200 Xeon line where the top processor, with a 100 MHz higher frequency than the second best, was 30%+ higher in cost. 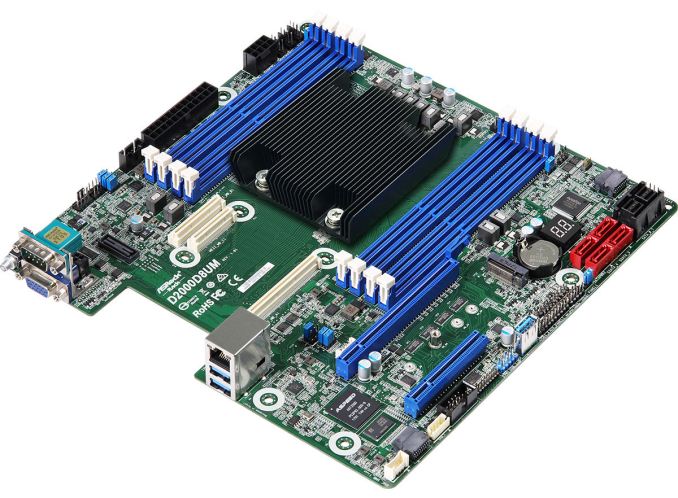 We’ll revisit some of these parts, but during our briefing Intel went into some of the newer features of the Xeon D-2100 platform.

As part of every press call we have with Intel, we always ask for more information, especially when it comes down to die sizes, transistor counts, and per-core turbos. Some of this information is readily available from the processor, for example examining P-states or looking into register values for turbo modes. Aside from acquiring every unit and probing them ourselves, we typically request this information en-masse so it can be accurate as a base, knowing that in some circumstances, OEMs/motherboard manufacturers can implement their own system on top.

For the non-AVX turbo frequencies, Intel keeps the 3.0 GHz turbo mode up to two cores of load. This reduces by 200-300 MHz for three and four core loads, then decreasing again every four cores. Two processors stand out here: the D-2183T maintains a 2.8 GHz frequency from 3-16 cores, pointing to an interesting tradeoff compared to the D-2187T, which comes down to 2.4 GHz but has QuickAssist. The D-2161IT also has a 2.8 GHz frequency from 3-12 cores, which along with the increase in base frequency contributes to the +15W TDP over the D-2163IT.

When we move to the AVX2/AVX-512 turbo modes, most processors still drop frequencies in core-groups of four, after the first pair of cores, but the drops are more significant. The lowest frequency observed is 1.70 GHz, on the D-2191 and D-2173IT when all cores are running AVX-512. For most of the processors, the all-core AVX-512 frequency is still above the base frequency, although a few do go below.

Many thanks to Intel for providing this information, as recently it has been hard to come by.