The presence of a USB-C connector ensures that the FLIR ONE Pro is compatible with a wide range of Android phones. Like the previous generation FLIR ONE, the unit has an explicit button to turn the device on or off. The button includes a light indicator (flashing orange while booting up, green when active). The FLIR One app needs to be installed before thermal images or videos can be taken.

As mentioned in the previous section, the FLIR ONE Pro includes a 1440x1080 image sensor for capturing visible images. Even though the thermal sensor itself is only 160x120, FLIR's patented MSX blending algorithm combines the HD image from the image sensor with the thermal sensor's output. The result is a thermal image with a perceived resolution closer to that of the image sensor, rather than the thermal one. It must be noted that the number of radiometric data points in the result is still limited by the Lepton 3's resolution of 160x120.

The FLIR ONE Pro also includes additional signal processing technology (termed as VividIR in FLIR's marketing) to further enhance the image clarity. We found that the thermal images created by the FLIR ONE Pro were definitely of much better quality compared to what we got with the second generation FLIR ONE. But, it is not clear how much of that is due VividIR in particular.

The FLIR One Android App

The home screen of the FLIR One app is divided into four panes, with a direct link to the gallery of recorded media in the local device, and three links to online content. The drop down menu provides the more interesting options. The Camera menu takes us directly to the preview pane. 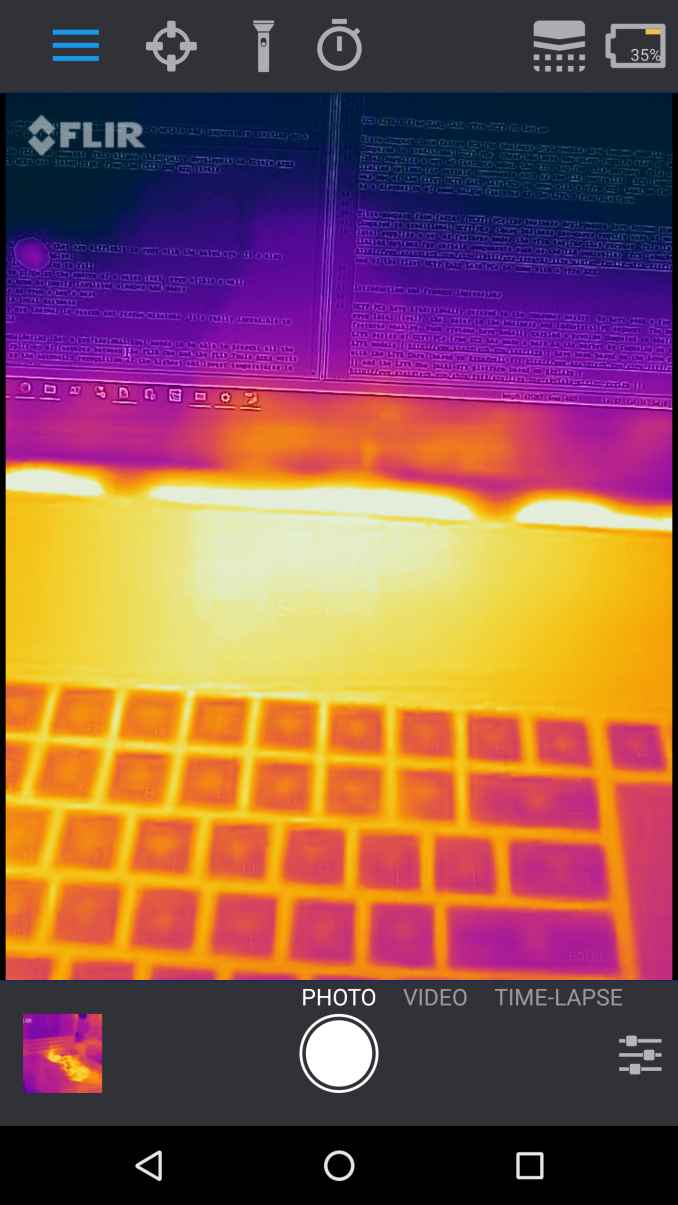 The viewfinder icon brings up the temperature meter. There are three different types (spot, rectangle, and circle), and users can create up to three of each. The flashlight icon turns on the phone's LED flash (useful for capturing visible and MSX images in dark environments). There is also a timer for triggering the capture (instant, 3s, and 10s are the available options).

Adjacent to the battery level indicator, we have an icon to trigger the shutter and clear the image data on the screen (I used it to get rid of apparent app glitches). Other options in the photo mode include the option to view either the visible image, blended MSX one, or the thermal image alone in the preview pane. The palette can also be changed (9 different options are available, as seen in the above gallery). The IR scale brings up a temperature range scale to one edge of the preview pane, with the default setting extremes being the highest and lowest temperatures in the scene. This can be changed by the user. Parallax adjustment allows proper MSX blending based on the proximity of the subject. An option is also available to flip the captured image in the preview itself. The gain settings can also be adjusted if necessary (low gain is needed to see very high temperatures).

Professional use-cases often require post-processing of the gathered images. Fortunately, the pictures saved by the FLIR ONE Pro are radiometric in nature. This means that pixels have associated data with them (in this case, temperature). FLIR Tools is a program provided by FLIR to process radiometric JPEGs. I had tried using it on a PC with the thermal images from the previous generation FLIR One, but, it wasn't successful. FLIR now has an Android version of the software.

While FLIR Tools has multiple use-cases (including control and discovery of advanced thermal imaging equipment using Bluetooth etc.), our testing was limited to post processing of thermal images captured via the FLIR One app.

The app allows generation of a PDF report from any radiometric JPEG. The report includes a list of measurements activated via the on-screen editing options. The editing options include adjustment of parallax, palette, and measurements (spot, rectangular, and circular regions). Unlike the FLIR One app which is restricted to three of each region type, FLIR Tools can be used to add as many measurements as one wants, and the resulting image can be saved. 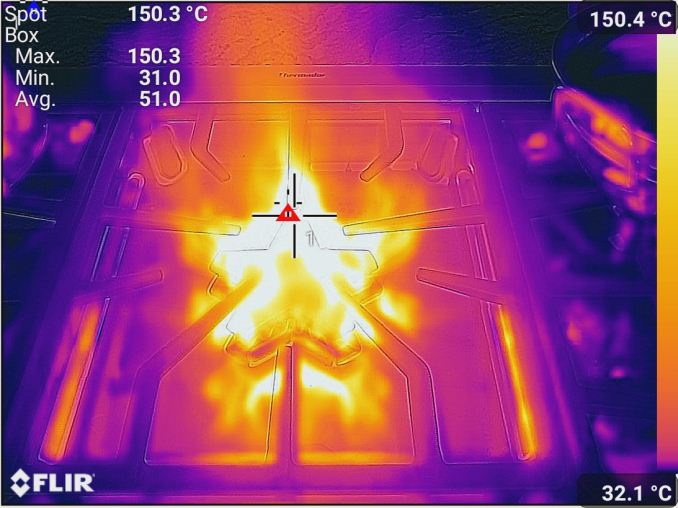 FLIR also has a developer program and SDKs for the FLIR ONE cameras. This allows third-party developers to create apps that can utilize the FLIR ONEs. A few high-quality apps are linked right from the FLIR ONE app itself.