When the original Chromebook Pixel launched two years ago, its big selling point and the source of its name was its 239ppi 2560x1700 display. At that time, the only other laptops on the market with HiDPI displays were Apple's Retina MacBook Pros. Chromebooks have typically aimed for the low-cost segment of the laptop market, and so it was quite a surprise that one of the earliest HiDPI laptops was a Chromebook. Although the Pixel had the highest pixel density of any laptop display at the time, it fell somewhat short when it came to color reproduction due to its narrow color gamut and lack of calibration. With the new Chromebook Pixel, Google has advertised coverage of the sRGB color gamut, along with a maximum brightness of 400nits.

To see whether or not Google has hit their mark, we turn to our standard display testing workflow. As usual, all measurements are performed using SpectraCal's CalMAN 5 software along with X-Rite's i1Pro 2 spectrophotometer, with the exception of black level measurements which are performed with an i1Display Pro colorimeter. 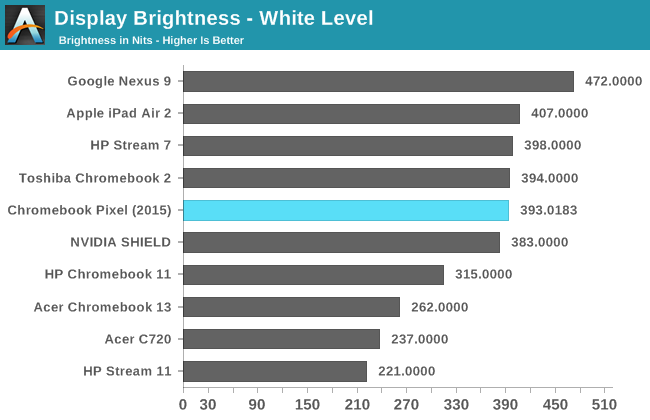 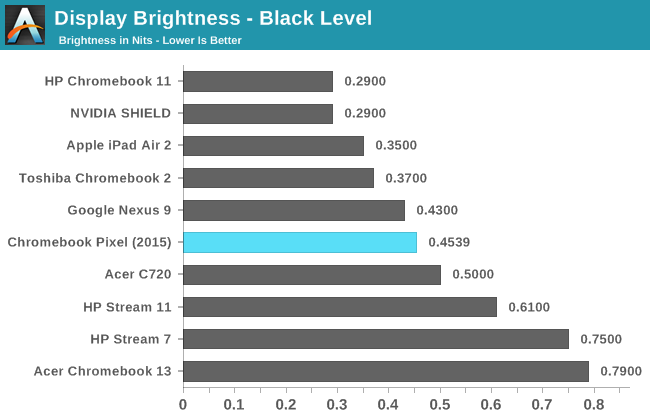 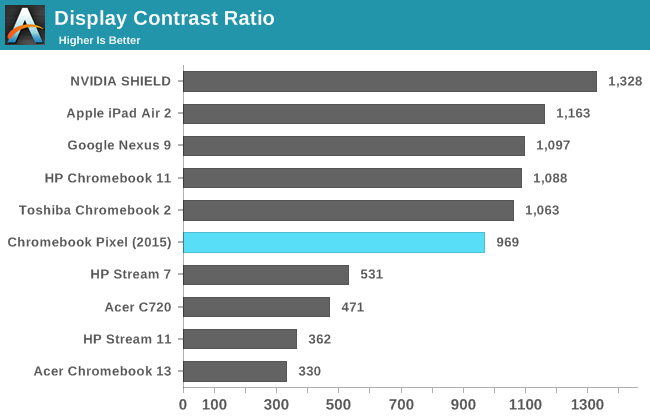 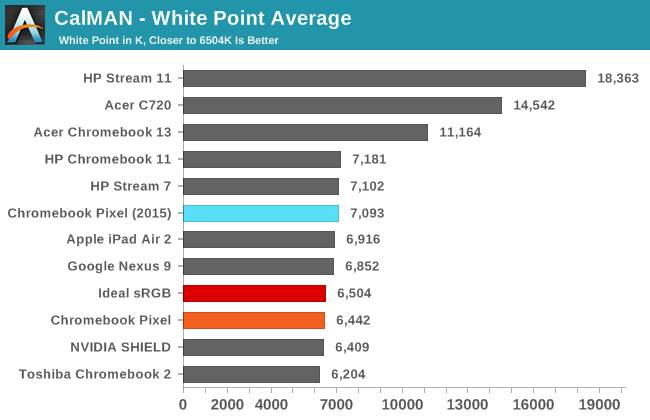 Due to the evolution of our display workflow as time has gone on, I don't have results to compare the new Pixel to the original for certain categories. The result for maximum brightness is certainly in line with Google's advertised 400nit brightness, while the black levels and contrast ratio are what you would expect of IPS panels. The white point is noticeably more blue than the ideal D6504 target, which contrasts with the original Pixel which was very slightly too red. The blue/green tint in white and shades of grey is also more obvious than most other devices with similar average white points, which I elaborate on further below. 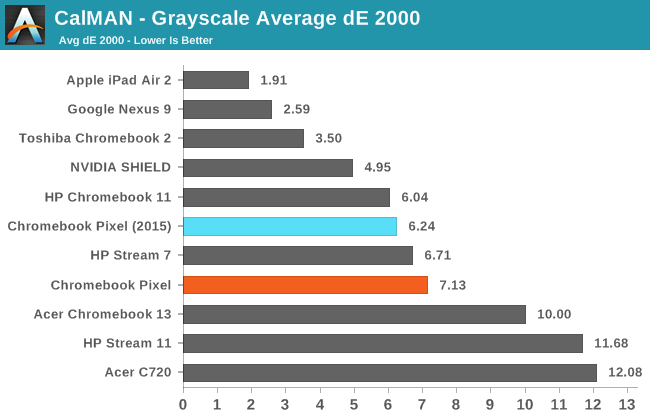 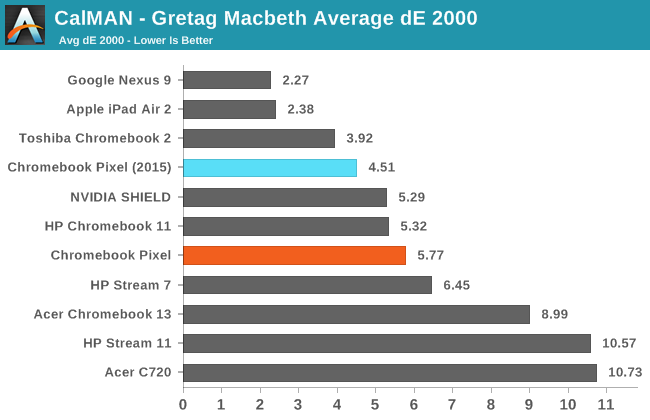 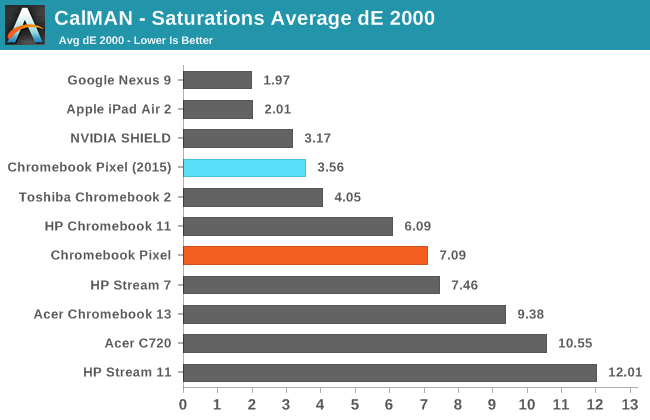 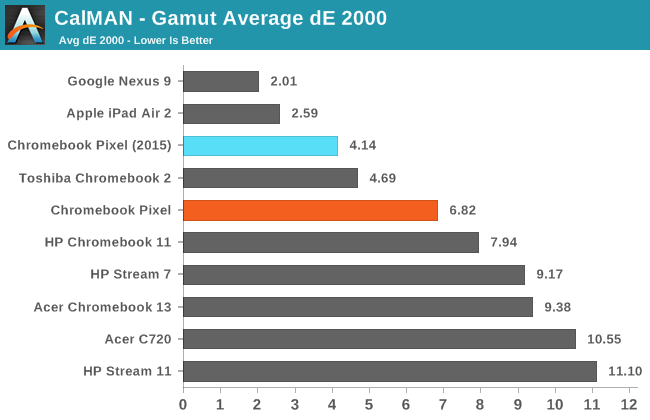 The new Pixel improves significantly upon the original in the gamut and saturation tests. It has a much wider gamut than the original, although it misses in magenta and yellow. Saturation improvements follow the improved gamut, as colors of 80% and 100% saturation no longer look identical. Despite these improvements, there hasn't been much progress on greyscale and color mixture accuracy. As noted earlier, the Pixel has a fairly obvious green/blue tint to the lighter shades of grey and white. As you can see in the gallery below, this is due to the reduction in red and increase in blue components of luminance as the shades of grey move from black to white.

I don't expect that many Chromebook users will be doing heavy photo and video editing that requires a perfectly calibrated display. Many $999 laptops ship with displays that are much worse than the one on the new Pixel, and I think that most users will be very happy with the Pixel's display. It's just a shame that Google doesn't seem to have put the same amount of care into display calibration with the Pixel as they have with the Nexus 9 and other Google branded devices, despite it having the highest price point of the devices they sell.