As always we'll start out our performance investigation with a handful of CPU bound web browser based tests. In all cases we used Chrome on the MDP/T. Remember there's only an 8% increase in peak CPU frequency here, so I wouldn't expect a huge difference vs. Snapdragon 801. 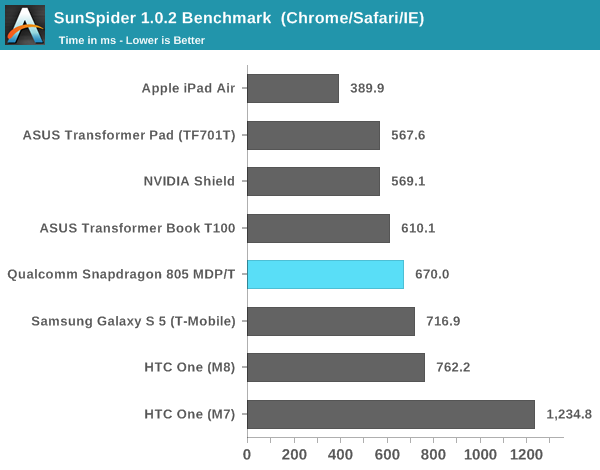 Here the MDP/T scales pretty well, showing a 6% improvement in performance over the Snapdragon 801 based Galaxy S 5. In the case of the GS5 we are looking at a 2.5GHz Snapdragon 801 implementation, so the improvement makes sense. Both the Cortex A15 (TF701T/Shield) and Apple's Cyclone (in the iPad Air) are higher performing designs here. Since there's no fundamental change to Krait's IPC, the only gains we see here are from the higher clock speed. 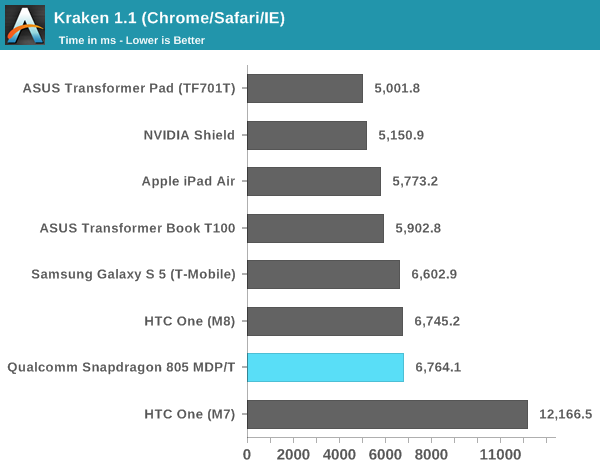 Kraken appears to be at its limit when it comes to Krait 400/450, there's effectively no additional frequency scaling beyond 2.3GHz. We're either running into an architectural limitation or limits of the software/browser combination itself. 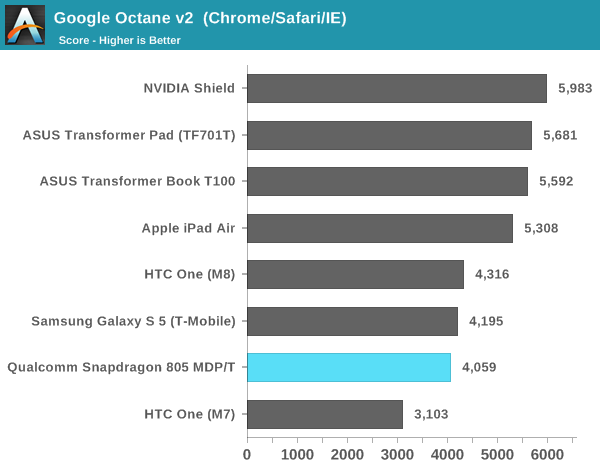 Similarly we don't see any real progress in the Google Octane test either. Snapdragon 805's CPU cores may run at a higher peak frequency but that's definitely not the story here.

Basemark OS II gives us a look at native application performance across a variety of metrics. There are tests that hit the CPU, GPU as well as storage subsystems here. The gains here are exclusively on the graphics side, which makes sense given what we've just seen. Snapdragon 805's biggest gains will be GPU facing. 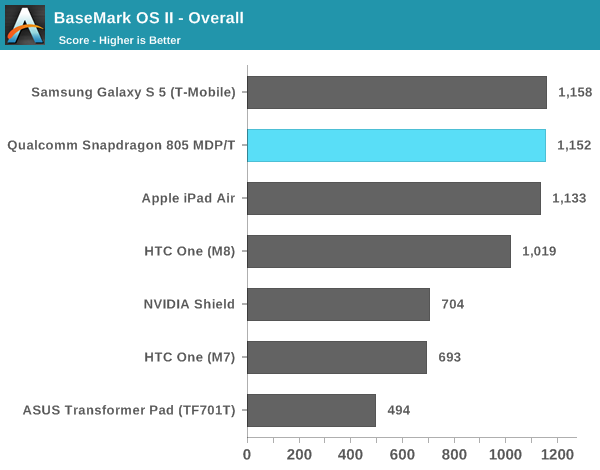 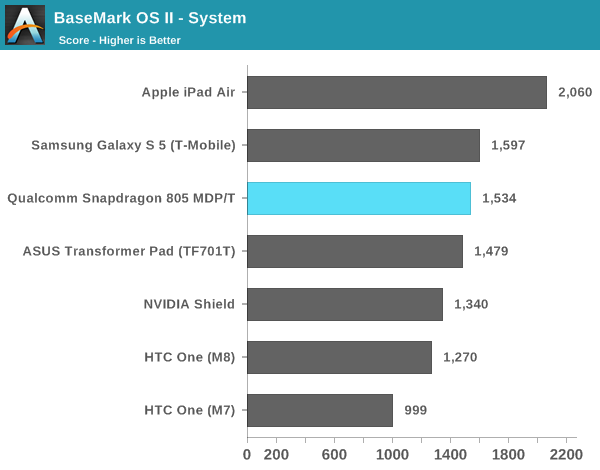 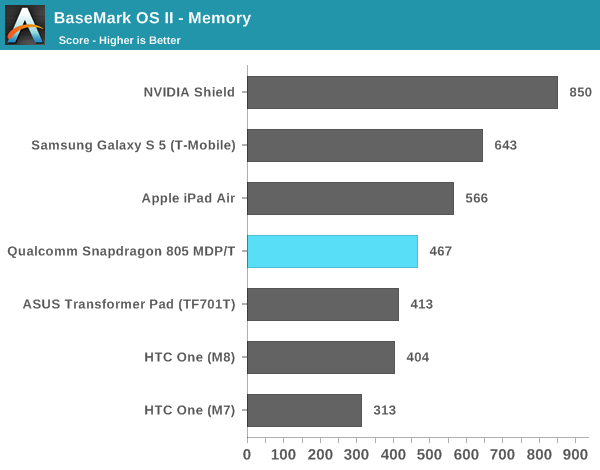 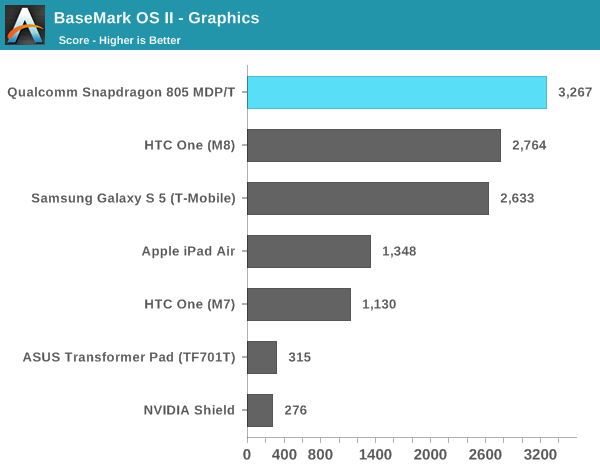 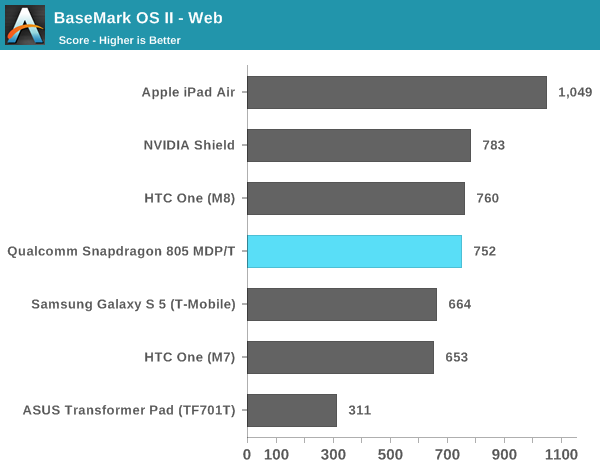 Although I don't typically use Geekbench, I wanted to include some numbers here to highlight that the increase in memory bandwidth for S805 over S801 doesn't really benefit the CPU cores:

I wouldn't read too much into the multithreaded FP results, I suspect we're mostly seeing differences in thermal dissipation of the two test units. A closer look at the memory bandwidth numbers confirms that while the 805 has more memory bandwidth, most of it is reserved for GPU use: