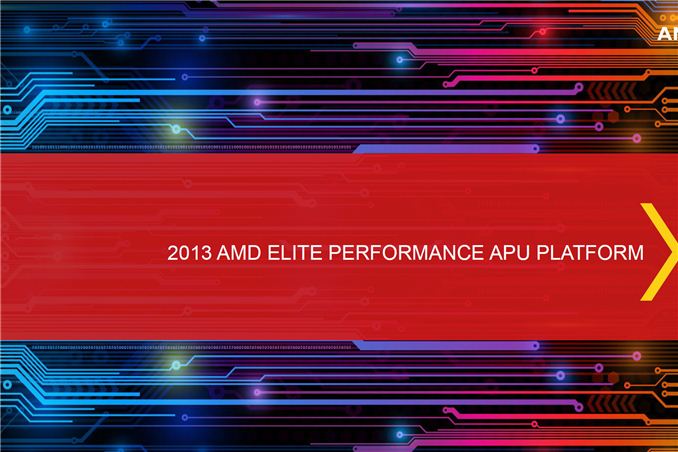 Somehow or another, we missed covering the Richland APU launch. With AMD launching Kabini and Temash today and reiterating the features and parts in the Richland APU lineup, we felt it was a good time to quickly go over what Richland offers. Note that AMD is not yet announcing the desktop Richland parts, so we’re looking at the mobile offerings for now. Here’s the list of the Richland APU models, with three standard voltage parts and four LV/ULV offerings: 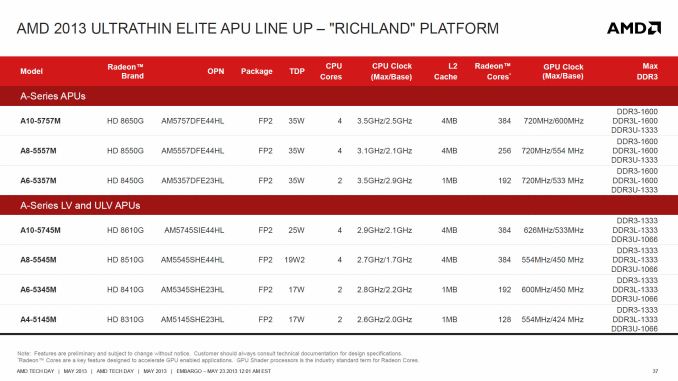 Fundamentally, Richland is a tweaked version of last year’s Trinity APU, with slightly higher CPU and GPU clocks. There’s reportedly some tuning to help Richland reach higher Turbo Core speeds more often, but we have not yet tested a Richland APU so we’re not sure how much of an improvement we’ll see in the real world; we’ve heard 5-25%, depending on the specific application.

The above pattern of moderately improved CPU clocks with larger improvements in GPU clocks continues with the remaining A6 and A4 offerings. Unlike the A8 and A10 models, the A4 and A6 models feature two CPU cores and 192 or 128 Radeon cores. All three models look to improve performance relative to Trinity by the same 5-25%, depending on what you’re doing.

While the above improvements are generally impressive, at least on paper, it’s worth mention that Trinity in general had plenty of headroom, particularly on the GPU. Using MSI Afterburner for instance, I’ve been able to clock my Trinity prototype laptop at 750MHz on the GPU core and still run reliably. The limiting factor is often the cooling of the laptop rather than the silicon—not surprising considering the desktop APUs are basically the same chips at higher TDPs and significantly higher clocks. But regardless of headroom on Trinity, Richland brings better performance to all of the associated APUs.

Several laptops with Richland APUs have already been announced, and we hope to have hardware for testing in the next month. As before, the associated slides from AMD’s presentation are available in the gallery below.