The story about the regular MacBook Pro's display is more about what it isn't (game changing) because we already know what it is (very competent). As always, the display is a very high quality one, essentially the same as the previous 3 years of MacBook Pros and testing very similarly to the other 15" MacBook Pros we've reviewed over the last few years. Our evaluation unit had the base 1440x900 display, though I'd have preferred the matte WSXGA+ panel. The higher resolution is nice to have, and with the matte screen finish, it was one of my absolute favourite notebook displays. 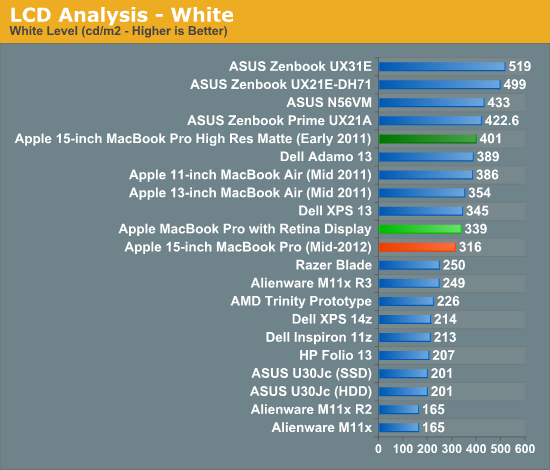 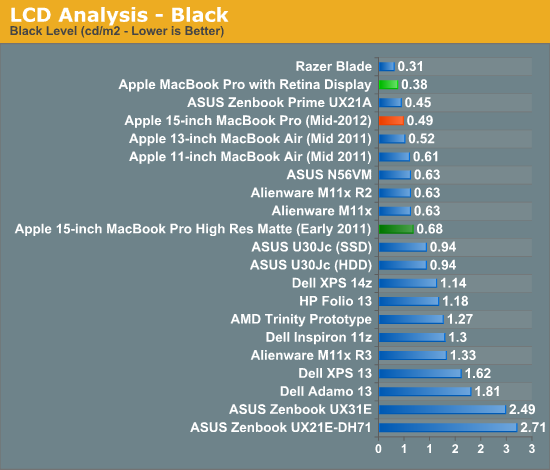 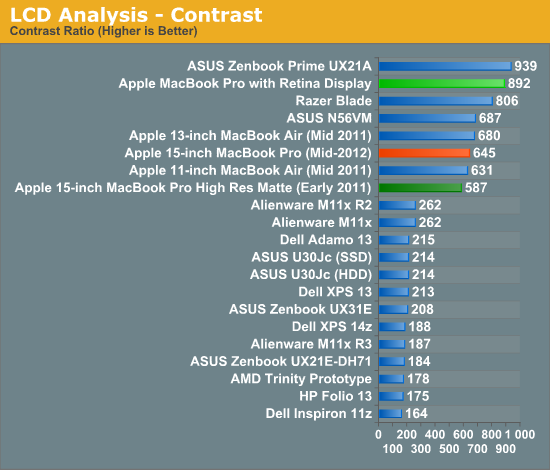 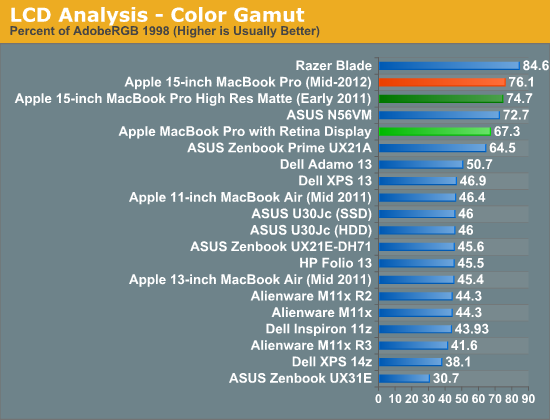 In terms of display performance, the 2012 MBP matches up very close to the 2011 and 2010 models, with very good contrast ratio and colour reproduction. But that’s the thing with the regular 2012 MBP – it’s just like the 2011 and 2010 MBPs, just updated to IVB/Kepler. 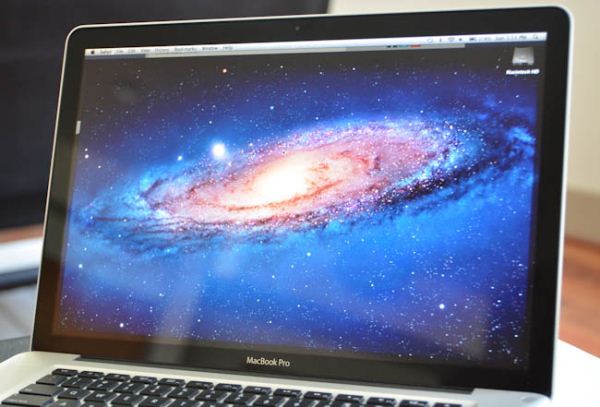 The real story here is about what you’re giving up. After using an rMBP, it's actually a little bit difficult to go back to a normal MBP display. I mean, this is by far the biggest differentiating factor between the two, and if you’re looking for a solid reason to put the money down for a Retina, this is it. The normal MBP has a good display, a very good display if you go for the matte high-res option, but the Retina MBP display is just on a completely different level. Like the new iPad, the resolution difference doesn’t add to the screen real estate so much as allowing for a vastly improved UX with higher resolution UI elements and better text rendering. It’s difficult to quantify, and it’s easy to dismiss on the surface, but when you actually use a super high-res panel for a prolonged amount of time, you understand the difference it makes. Obviously, there are still some bugs, and it’ll take probably one full development cycle for most applications to be updated to Retina-spec textures and UI elements, but that is all to be expected in a radical shift such as this. If you’re comfortable sticking to the tried-and-true MBP display, it’s not a bad way to go, but I’d advise you to use a Retina MBP before making a decision to go one way or the other.