If you look carefully enough, you may notice that things are changing. It first became apparent shortly after the release of Nehalem. Intel bifurcated the performance desktop space by embracing a two-socket strategy, something we'd never seen from Intel and only once from AMD in the early Athlon 64 days (Socket-940 and Socket-754).

LGA-1366 came first, but by the time LGA-1156 arrived a year later it no longer made sense to recommend Intel's high-end Nehalem platform. Lynnfield was nearly as fast and the entire platform was more affordable.

When Sandy Bridge launched earlier this year, all we got was the mainstream desktop version. No one complained because it was fast enough, but we all knew an ultra high-end desktop part was in the works. A true successor to Nehalem's LGA-1366 platform for those who waited all this time. 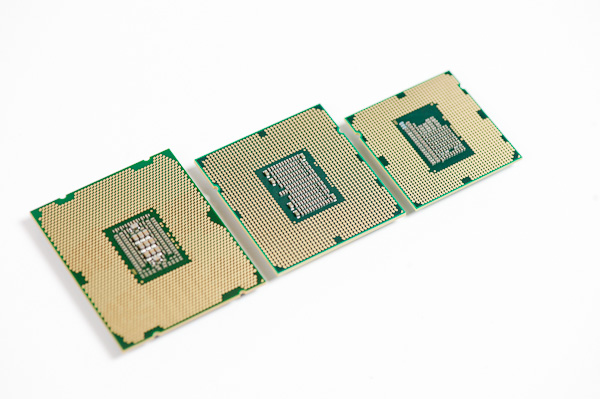 After some delays, Sandy Bridge E is finally here. The platform is actually pretty simple to talk about. There's a new socket: LGA-2011, a new chipset Intel's X79 and of course the Sandy Bridge E CPU itself. We'll start at the CPU. 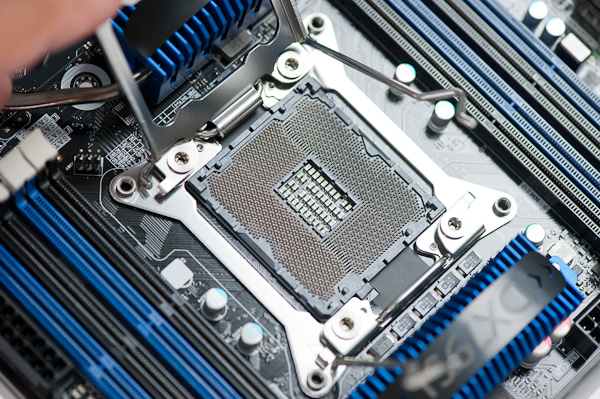 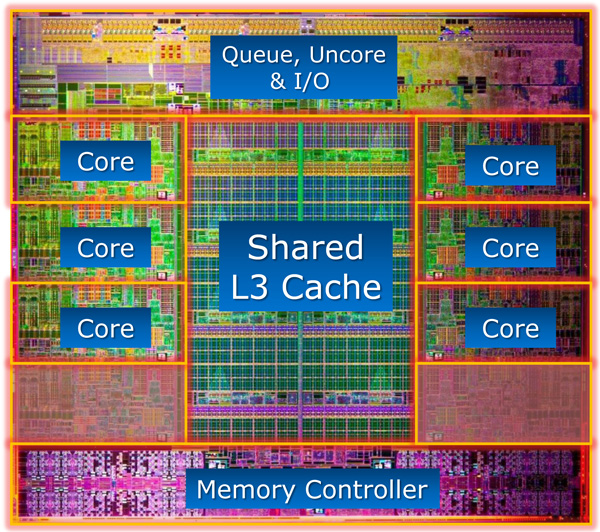 If you look carefully at the die shot above, you'll notice that there are actually eight Sandy Bridge cores. The Xeon version will have all eight enabled, but the last two are fused off for SNB-E. The 32nm die is absolutely gigantic by desktop standards, measuring 20.8 mm x 20.9 mm (~435mm^2) Sandy Bridge E is bigger than most GPUs. It also has a ridiculous number of transistors: 2.27 billion.

Around a quarter of the die is dedicated just to the chip's massive L3 cache. Each cache slice has increased in size compared to Sandy Bridge. Instead of 2MB, Sandy Bridge E boasts 2.5MB cache slices. In its Xeon configuration that works out to 20MB of L3 cache, but for desktops it's only 15MB. That's just 1MB shy of how much system memory my old upgraded 386-SX/20 had.

Update: AMD originally told us Bulldozer was a 2B transistor chip. It has since told us that the 8C Bulldozer is actually 1.2B transistors. The die size is still accurate at 315mm2.

At the core level, Sandy Bridge E is no different than Sandy Bridge. It doesn't clock any higher, L1/L2 caches remain unchanged and per-core performance is identical to what Intel launched earlier this year.

The 3960X has the same 3.9GHz max turbo frequency as the Core i7 2700K, that's with 1 - 2 cores active. With 5 - 6 cores active the max turbo drops to a respectable 3.6GHz. Unlike the old days of many vs. few core CPUs, there are no tradeoffs for performance when you buy a SNB-E. Thanks to power gating and turbo, you get pretty much the fastest possible clock speeds regardless of workload.

The Pros and Cons
Tweet
PRINT THIS ARTICLE
Comments Locked