Today, Steve Jobs took a sabbatical from his sabbatical to hop up on stage and tell us all about the iPad 2, the next revision of Apple’s wildly popular tablet PC.

The announcement concerned both hardware and software – the iPad 2 is coming to the US on March 11, and with it will come the iOS 4.3 update, iMovie for iPad, and GarageBand for iPad. It will launch at the same capacities and price points as its predecessor, will come in both black and white, and launches internationally on March 25. 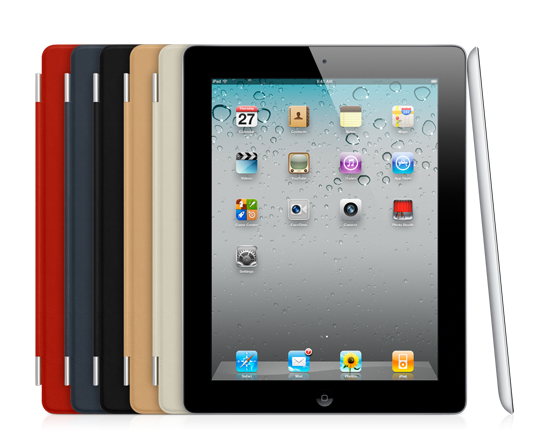 The iPad has had, for all intents and purposes, the tablet market to itself for most of the past year. That’s all set to change in 2011, based on the plethora of Android and Windows tablets we saw at CES, so the iPad 2 must be not only a solid extension of the original product’s strengths, but also a worthy competitor to the first wave of products from Google, Microsoft and the rest.

For convenience’s sake, I’ll be comparing the new iPad’s specs to both the old iPad and to the Motorola Xoom, which we reviewed last week. While the Xoom certainly doesn’t represent all of the Android/Honeycomb tablets that will come to market in the next few months, it does represent Google’s reference design for Honeycomb, and as such I feel safe considering it the standard (or perhaps the ideal) hardware configuration for Google’s new tablet OS.

Apple took this opportunity to move from the Apple A4 processor it used in the iPhone 4 and original iPad, which combined a Cortex-A8 processor with a PowerVR SGX 535 GPU. The A4 is very closely related to the processors used in the iPhone 3GS, so that should give you a frame of reference for how long we've been waiting for a true architecture bump.

The new A5 processor is a dual-core affair running at the same speed as the A4 in the original iPad. Just as Apple was coy about mentioning the A4 being powered by an ARM Cortex A8, it's quite possible that the A5 is powered by two ARM Cortex A9 cores. Thankfully, the increased performance doesn't come at the cost of decreased battery life - the iPad 2 is rated at about 10 hours of battery life, same as the original iPad.

The new iPad's graphical capabilities should be impressive, though; Apple claims that it is up to nine times as fast as the original iPad. The improvement in GPU performance is likely due to the rumored PowerVR SGX 543 that's inside the A5. We'll need to wait until we have the device in hand to separate the actual speed from the on-paper speed, but if this claim holds up we should be seeing games and apps that look an order of magnitude better on the new iPad.

System memory is also a bit of a wildcard at this point, and my best guess varies based on the precedent I use. The original iPad has 256MB of system memory, which was the same amount as the then-current iPhone 3GS. If Apple follows this pattern, then the new iPad should have the 512MB of system memory that the iPhone 4 has. However, if Apple is more interested in staying abreast of Android, the new iPad will have the 1GB of system memory encapsulated in the Xoom. Either way, we'll probably need to wait until we have the device in hand to figure this out, since it isn't mentioned on Apple's otherwise exhaustive spec sheet.

The iPad 2 comes in both wi-fi only and 3G flavors - separate 3G iPads will be available on both the Verizon and AT&T networks from day one. It remains to be seen whether the iPhone 5 will be a universally compatible device, but based on the iPad 2 the next iPhone may continue to come in two slightly different flavors. Just as before, Assisted-GPS is only available on the 3G versions of the iPad 2.

Moving from the inside to the outside, the new iPad also receives the front (VGA) and rear-mounted (720p) FaceTime cameras that have become nearly ubiquitous in Apple’s products since FaceTime’s introduction in the iPhone 4 - the original iPad had a space inside the case where a camera would fit, but manufacturing troubles led the company to leave the camera out.

Apple delivers all of this new stuff in a package that is slighlty lighter and significantly thinner than the previous iPad at the same price points, which I don't think anyone can complain about, and it comes in both black and white varieties.

Moving into the Land of Accessories, Apple showcased two things today. The first was a new case design for the tablet - using magnets built into both the iPad's chassis and the case's hinge, it manages to protect the device's screen and serve as a stand without adding a lot of additonal bulk to the tablet. 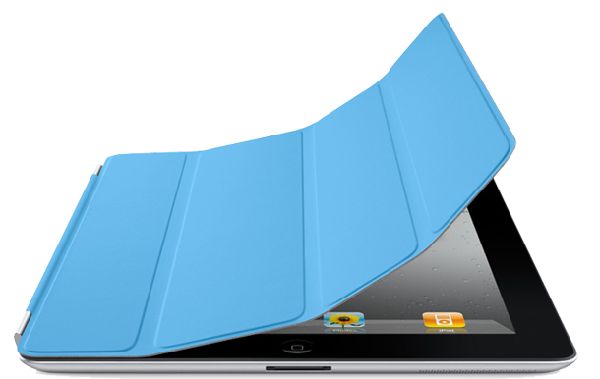 The previous iPad case was a foamy, bulky thing that made the tablet more unwieldy while also restricting access to its data port and obscuring its pretty exterior. The new case looks to protect the tablet's most vulnerable asset while also maintaining the device's aesthetics. The new cases will run $39 for a polyurethane cover, and $69 for a leather cover.

Also demoed was an HDMI adapter, which promises to output any app at 1080p resolutions with a minimum of setup and fuss. You'll pay $39 for the privilege - it's up to you to decide whether this is useful to you.