The 13-inch MacBook Air feels more like a regular notebook. It’s like one of those cartoons where you see the character straight on and he looks normal sized, but turn him 90 degrees and he’s pencil thin. When viewed from above you’d think you had a 13-inch MacBook Pro on your desktop. Its footprint isn’t that different: 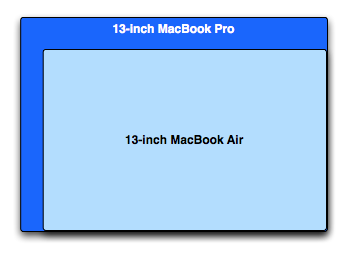 But pick it up and you’re dealing with a much thinner notebook. Like the 11-inch MBA, the 13-inch model ranges from 0.11 inches to 0.68 inches in thickness. You get the same angular ID from the 11-inch model, just on a bigger scale. 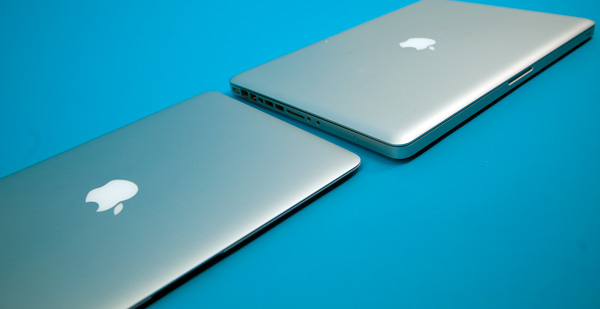 The 13.3-inch diagonal screen features a 1440 x 900 display (16:10 ratio). That’s the same screen resolution as the 15-inch MacBook Pro but in a smaller package. And it really makes a big difference when it comes to getting work done on the MacBook Air. This is a big improvement over the limited 1280 x 800 found in the previous two MacBook Airs and a high enough resolution to actually get work done on. 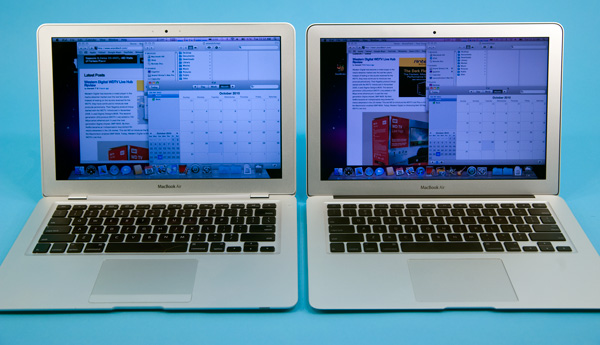 I’d go as far as to say that Apple could’ve bumped pixel density even further and the 13-inch MacBook Air would still be useable.

The 13-inch screen is a bit brighter and has a slightly better contrast ratio than the 11-inch, but it’s not something you’ll notice in use. The same vertical viewing angle limitations apply here. Unlike the 11-inch model however, you’re more likely to notice them because of the size of the display. On a plane when the passenger in front of you leans back all the way you’re probably going to have to angle the 13-inch display, while the 11-inch model may give you enough room to clear.

Apple integrated an SD card reader with the 13-inch MBA which further identifies its light workhorse nature. It’s a nice addition that does make the MacBook Air more useful if you have a camera that uses SD cards (*grumbles at the D700*). The rest of the ports are unfortunately just as limited as the 11-inch model, but if you really want an Ethernet port you can either go the USB route or you can get a MacBook.

The stereo speakers are an improvement over the original MacBook Air. The old mono speaker was horrible to listen to. Now you've got two of them, which somehow makes the sound better. This isn’t exactly a set of Klipsch drivers but you get far less of a laughable sound out of them than before 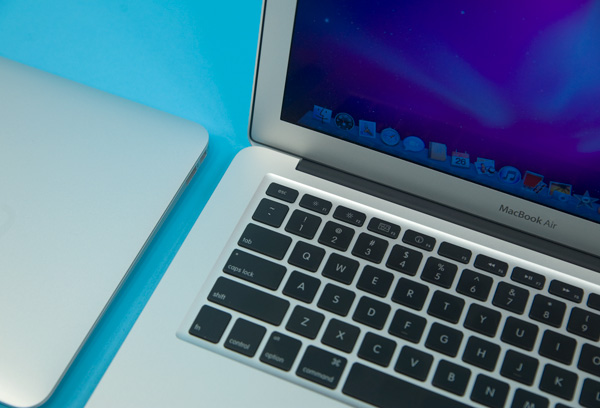 The keyboard is identically sized to the 11-inch. You get larger function keys but there’s still no backlight. The backlit keyboard continues to be the biggest miss from the old MacBook Air.

Apple calls the new MacBook Air the future of the MacBook. If we take that literally it could mean that all future MacBooks will be the Air. Pro users will simply buy the bigger machines if they need the added performance, but the majority of users could get by with the Air. I tend to agree with this philosophy. There’s really no reason to get the base MacBook. The 13-inch MBA sacrifices a bit of performance and expansion, but you get a far more portable machine. For users who need the performance, there's always the Pro line.