Update: We got some more information about presler and other dual core items we mentioned below.

First, we have die sizes and transistor counts for the Pentium D (Smithfield) and the new dual core Pentium Extreme Edition chips:

Note that the sizes and transistor counts we're talking about here is basically on the level with the announced Cell microprocessor, also built on a 90nm process (but with SOI). Also note that the number 4 has been dropped from the name, the new dual core processors will simply be called the Pentium D and the Pentium Extreme Edition.

While the Pentium D and the dual core Pentium EE are basically two Prescott 1M cores glued together, their 65nm successor (presler) is a bit different. presler appears to have two physically separate cores (two pieces of silicon), each with a 2MB L2 cache (for a total of 4MB of L2 cache). As we mentioned below, presler is also HT enabled for a total of 4 thread simultaneous execution. The reason for making presler two separate pieces of silicon is a matter of yields, since a single dual core silicon would have a larger die surface area than two separate cores.

It is possible to, in both the 90nm and 65nm dual core chips, to cut away or disable (respectively) a non-working core in order to make the chip single-core.

Intel has revealed a bit about future plans, saying that they will be at 8 threads (per chip or per core?) by the end of the decade. The other interesting note is with regards to Intel Xeon platforms, more specifically the upcoming Truland 4S platform.

Truland 4S supports Intel's dual independent bus architecture, meaning that each CPU in a two socket configuration will have its own 1066MHz FSB, as opposed to the shared 667MHz FSB that they have to contend for right now. The other interesting feature is its quad channel DDR2-400 support to match up with the added FSB bandwidth.

More information as we get it, the original article is below as it was originally written.

Unfortunately the NVIDIA keynote on nForce for Intel was pretty much useless as it was basically a rehash of all of the features of nForce4 SLI. NVIDIA did have a working demo and we will try to get a closer view of it at the Technology Showcase later today.

Luckily all is not lost, Intel had some very interesting demos in their Multi-Core Zone. The first thing that attracted our attention was a running demo of the upcoming 65nm presler processor. presler will be the second desktop dual core processor (after Smithfield) to be released sometime in 2006. There's not too much to talk about with presler, but the fact that Intel had a demo up and running on a 65nm process was pretty impressive. 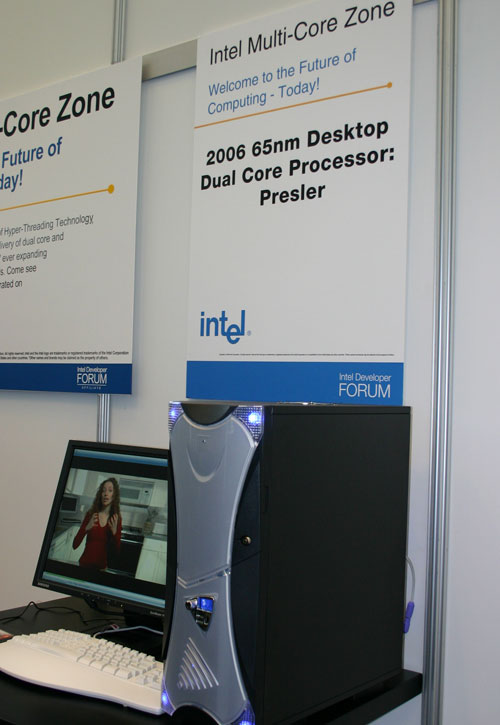 The chip was running on an Intel 955X motherboard, as were all of the dual core desktop platforms in the pavillion. 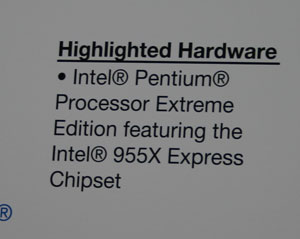 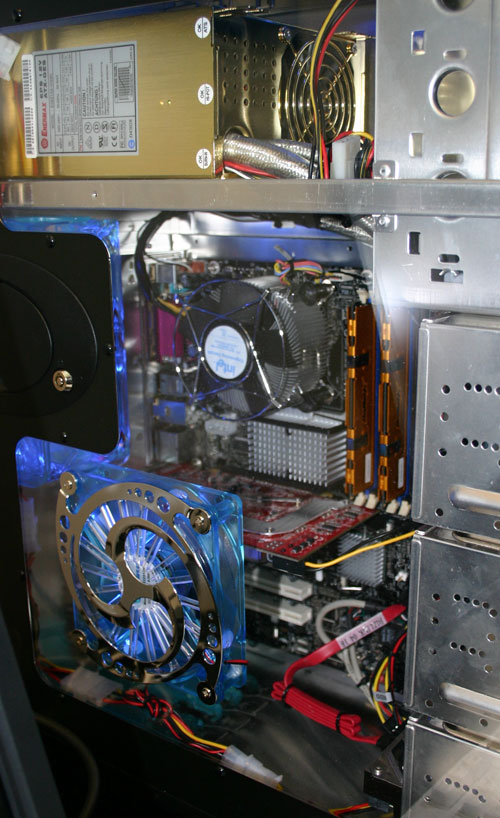 All of the dual core desktop demos used this motherboard

We managed to get a few screenshots before they pulled the keyboard off of the system: 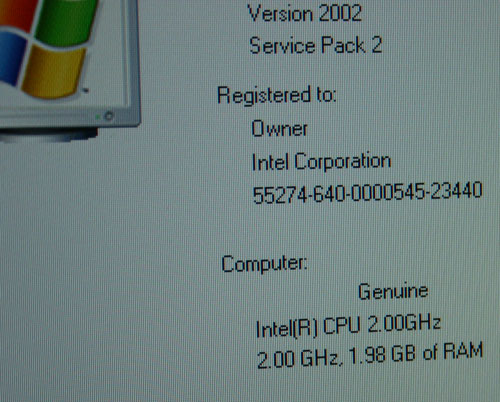 It looks like the chip was running at 2.0GHz, which isn't too impressive in itself, until you remember that we're talking about a 65nm processor here whose launch is over a year away. 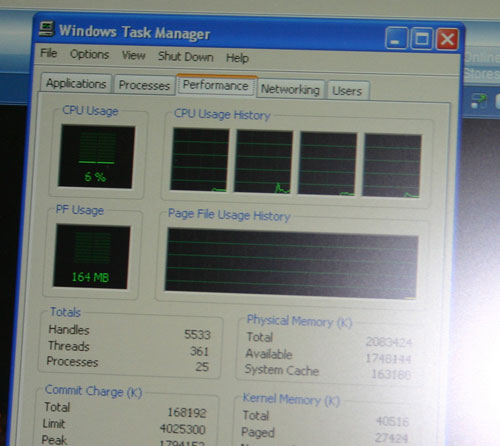 The first desktop dual core chips will be the Pentium 4 D and the Extreme Edition, both of which will be 90nm chips.