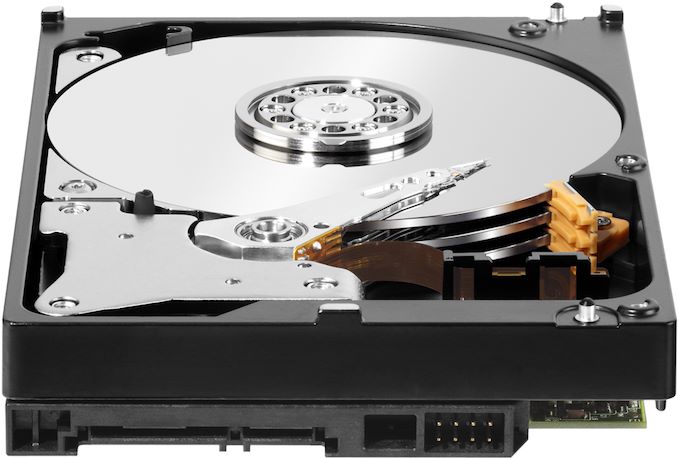 Showa Denko K.K. (SDK) has unveiled the the company has finished the development of its next-generation heat assisted magnetic recording (HAMR) media for hard drives. The platters use all-new magnetic thin films with a very small crystal grain size in order to maximize their areal density, with the goal of eventually enabling 3.5-inch HDDs to be built with capacities of 70 TB to 80 TB.

SDK’s platters for HAMR HDDs use glass substrate and feature thin film magnetic layer made of an Fe-Pt alloy. To improve the magnetic coercivity of the media by several times over existing platters, Showa Denko used a new structure of magnetic layers and implemented new ways of controlling the temperature of the media during production.

UPDATE 2/21: As it turns out, Showa Denko will use glass substrates for platters designed for HAMD hard drives because of their superior heat resistance.

Driving these developments, it's critical to maximize the magnetic coercivity of next generation HDD platters because the crystal grains used to record data are getting extremely small. This has made them very easy to magnetize, but it has also reduced the strength of the individual magnetic signatures, which creates an unwanted magnetic inter-track interference (ITI) effect that makes it harder for HDD heads to read the data. Platters with high magnetic coercivity require energy assistance during writing and this is what energy assisted magnetic recording technologies (HAMR, MAMR, ePMR, etc.) are all about. Meanwhile, the platters must survive extreme temperatures they are subjected to during heat-assisted recording. According to Showa Denko, its new HAMR platters offer the industry’s highest read-write characteristics and durability. 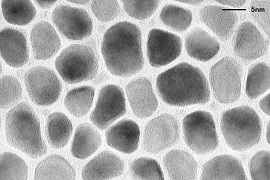 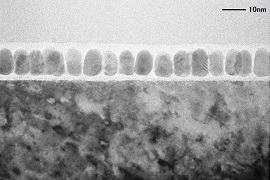 SDK is not disclosing the recording density of its new platters nor are they making specific promises about when it intends to start mass production of next-generation disks. Meanwhile, the company notes that today’s leading-edge conventional magnetic recording (CMR) platters feature recording density of about 1.14 Tb/in2 and it is widely believed that this is not going to grow significantly without using energy assisted recording methods. By contrast, Showa Denko believes, HAMR-based media will achieve areal density of 5-6 Tb/in2 in the future, which will increase capacity of hard drives by several times, all the way to 70 TB – 80 TB per 3.5-inch drive without increasing the number of platters. For comparison's sake, today’s 16 TB CMR (PMR+TDMR) HDDs use nine disks, so increasing their density by ~5.2X would enable drives featuring capacities higher than 80 TB.

Showa Denko is the world’s largest independent maker of platters for hard drives, selling media to all of the HDD producers. That said, the large manufacturers — Seagate and Western Digital — also produce media themselves and tend to use their own leading-edge platters to cut costs and maximize product margins. So it will be interesting to see which of three remaining hard drive makers will be the first to use HAMR platters from Showa Denko.

Seagate will be the first company to adopt HAMR for commercial 20 TB drives in late 2020, but since Showa Denko now only plans to ‘make preparations for full-scale supply of the new HD media’, it is likely that the first HAMR drives will use Seagate’s own platters. Toshiba is expected to use Showa Denko’s 2 TB MAMR platters for its 18 TB HDDs that are projected to arrive later this year, but in the longer terms it will switch to HAMR (we have no idea when). By contrast, Western Digital uses its so-called energy-assisted PMR (ePMR) technology for its 18 TB and 20 TB HDDs due this year and will gradually move to MAMR and HAMR in the years to come.