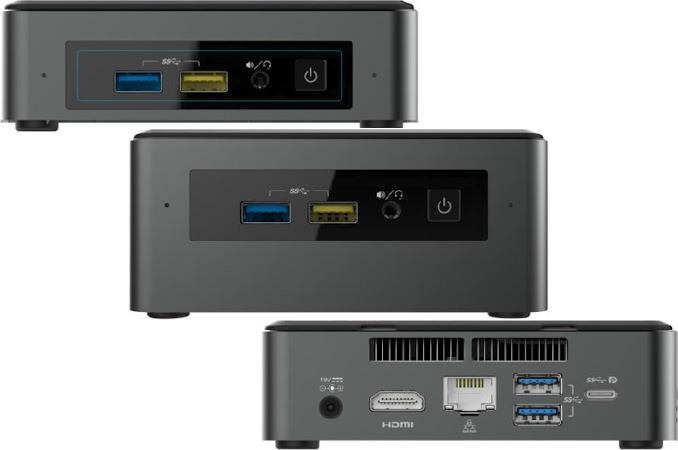 The leaked specifications we wrote about in July were more or less accurate, and the official specifications allow us to fill in some of the missing blanks. The updated table is presented below. SKUs ending with K are units that do not support a 2.5" drive (only M.2 SSDs are supported).

In terms of appearance, the chassis sides now have a shade of gray to provide a better look when seen along with the black lid. We have a micro-SDXC slot on the side (a full-sized SDXC slot couldn't apparently work with their thermal design). In terms of performance, Kaby Lake should provide the claimed 7 - 11% improvement over the corresponding Skylake products. The new NUCs are also Optane-ready - allowing Optane M.2 SSDs to work seamlessly in conjunction with 2.5" hard drives in the future (when the Optane SSDs come into the market). One important thing to note here is that the i7 model uses a 28W TDP SKU (the Core i7-7567U), compared to the 15W TDP SKUs used in the i3 and i5 models. The i7 and i5 models have Iris Plus graphics with 64MB of eDRAM. None of the Baby Canyon NUCs support vPro. HDMI 2.0 with HDCP 2.2 is supported, thanks to the inclusion of a LSPCon in the BOM. This should make the units into perfect HTPCs with Netflix 4K capability. Compared to the NUCs from the last few generations, these units are not a big upgrade in terms of unique features for other use-cases. Generally speaking, we are not convinced that the Optane-ready feature is a big enough reason to upgrade to the Baby Canyon NUCs. That said, the i7 model should prove pretty interesting to compare against the Broadwell-U Iris NUC. 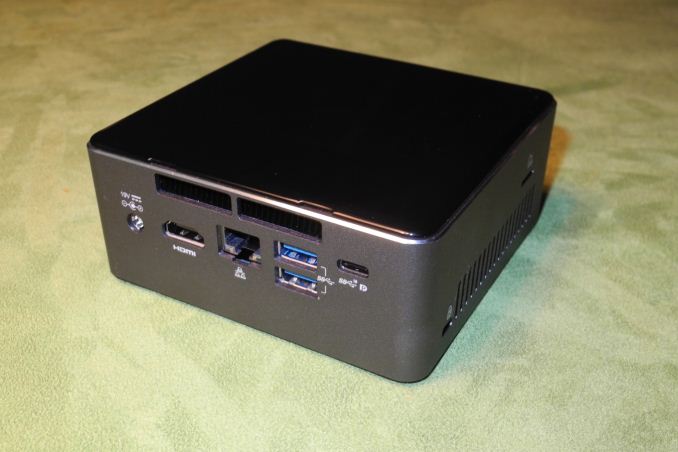 Intel indicated that the kits are slated to come into the market over the next few months at price points similar to the current Skylake versions. While official MSRPs were not provided, we see the NUC7i7BNH for pre-order at $700, the NUC7i5BNH at $610, and the NUC7i3BNH at $496.