The ASRock DeskMini 110 was evaluated using our standard test suite for small form-factor PCs. Not all benchmarks were processed on all the machines due to updates in our testing procedures. Therefore, the list of PCs in each graph might not be the same. In the first section, we will be looking at SYSmark 2014, as well as some of the Futuremark benchmarks. 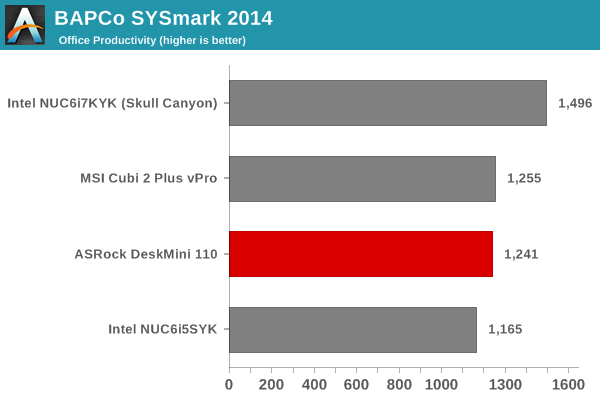 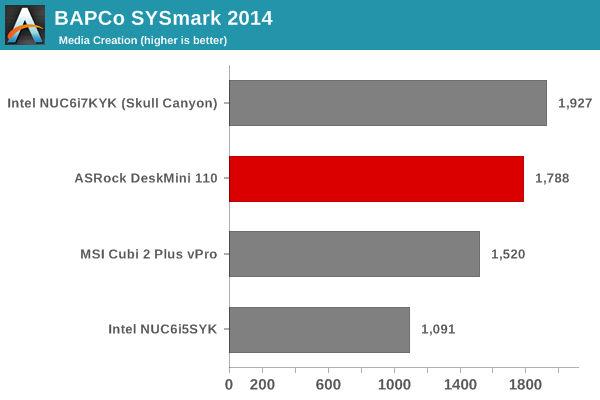 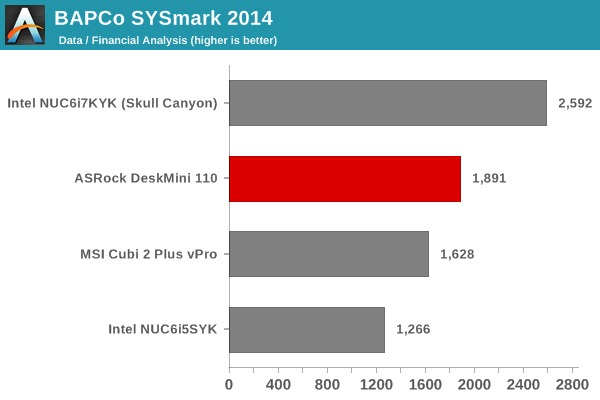 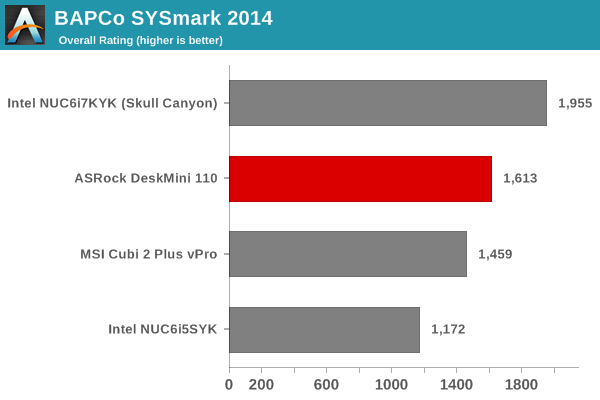 SYSmark scores are heavily dependent on the CPU in the system. Here, we see the 65W TDP Core i5-6500 come behind the 45W TDP Core i7-6770HQ, primarily due to the hyperthreading (4C/8T) features of the latter. Note that the Core i5-6500 is a 4C/4T CPU. Other than that, the DeskMini that we built has no trouble proving to be better at business workloads compared to systems equipped with lower TDP CPUs.

PCMark 8 provides various usage scenarios (home, creative and work) and offers ways to benchmark both baseline (CPU-only) as well as OpenCL accelerated (CPU + GPU) performance. We benchmarked select PCs for the OpenCL accelerated performance in all three usage scenarios. These scores are heavily influenced by the CPU in the system. The aspects noted in the SYSmark 2014 subsection apply here too. The DeskMini comes second to Skull Canyon, but has no trouble being better than the other systems in the comparison list. 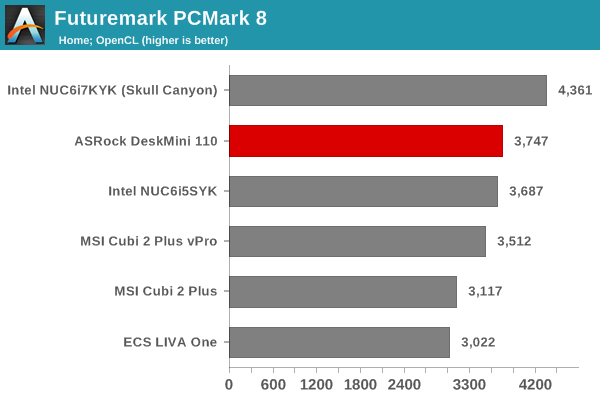 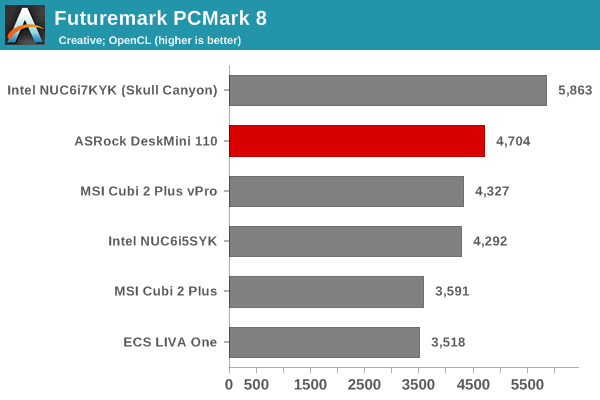 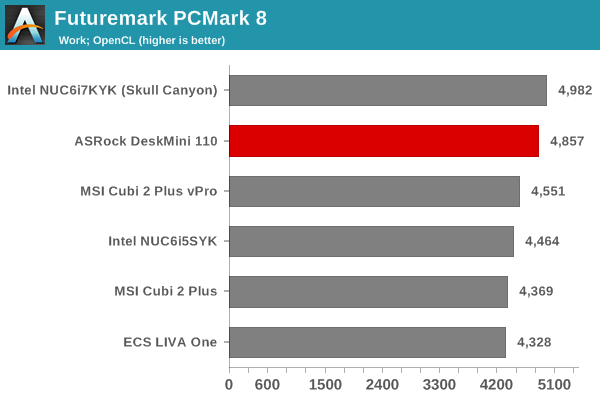 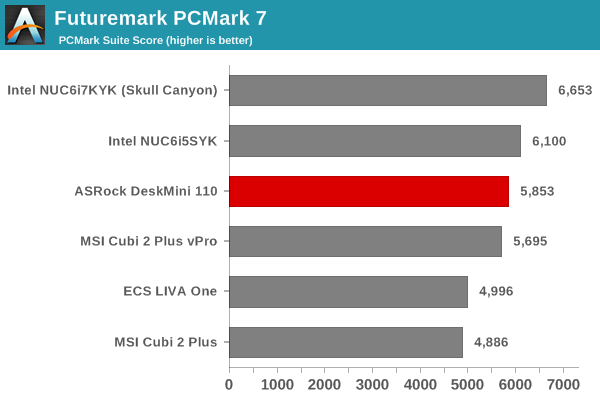 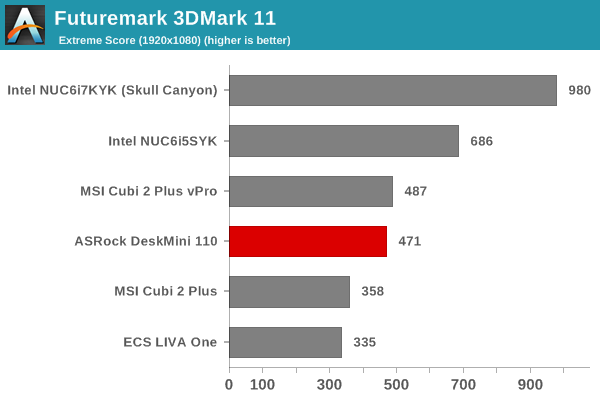 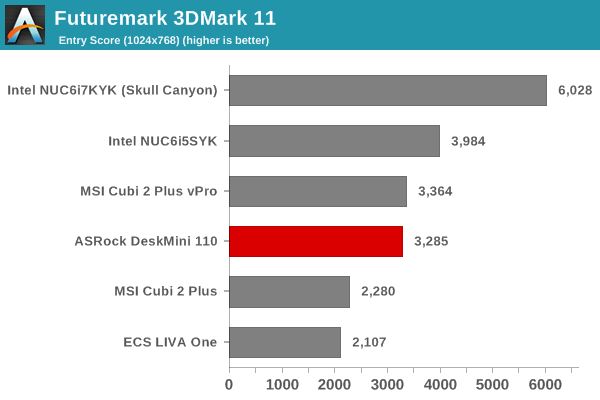 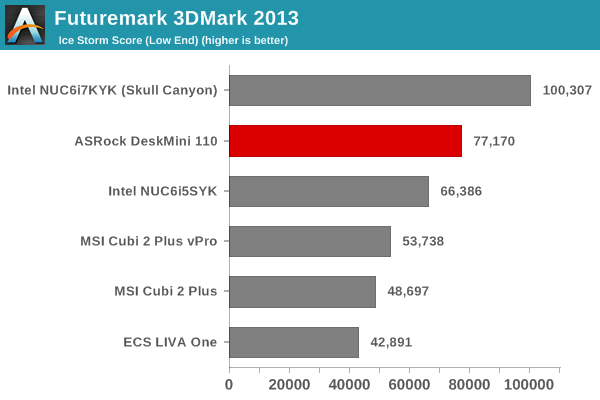 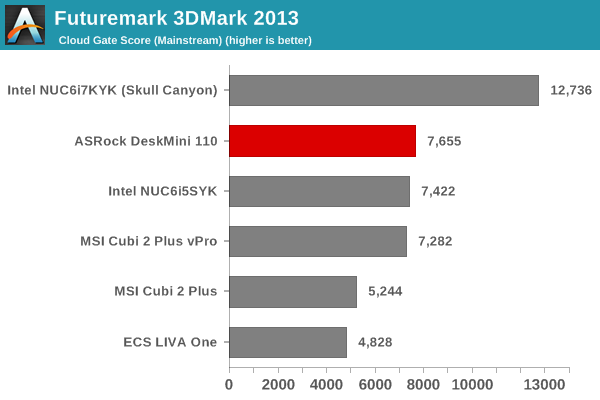 The 3D benchmarks present a different story, because the HD Graphics 530 is not as powerful as the GPUs in either Skull Canyon (Iris Pro with eDRAM) or even the U-series models for many workloads.

We have moved on from R11.5 to R15 for 3D rendering evaluation. CINEBENCH R15 provides three benchmark modes - OpenGL, single threaded and multi-threaded. Evaluation of select PCs in all three modes provided us the following results. The Core i5-6500's single threaded performance is top of the line, thanks to the high TDP / clock speed. However, absence of hyperthreading allows Skull Canyon (Core i7-6770HQ) to sneak ahead in the multi-threaded case. The OpenGL results lend further credence to the analysis of the GPU capabilities made in the previous subsection. 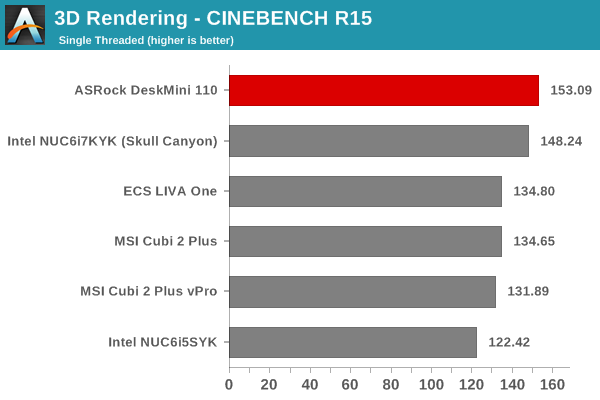 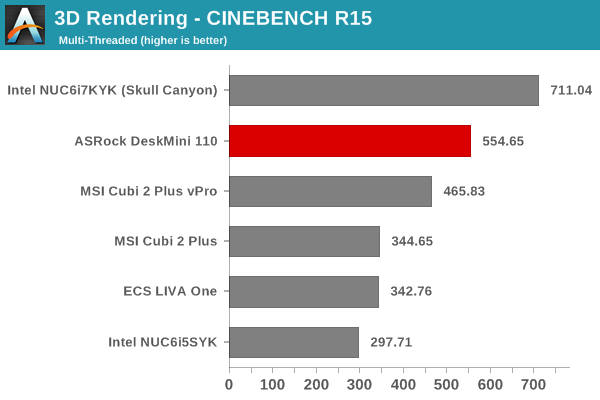 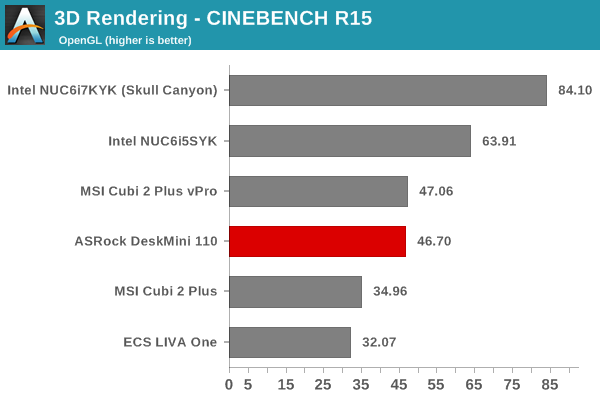