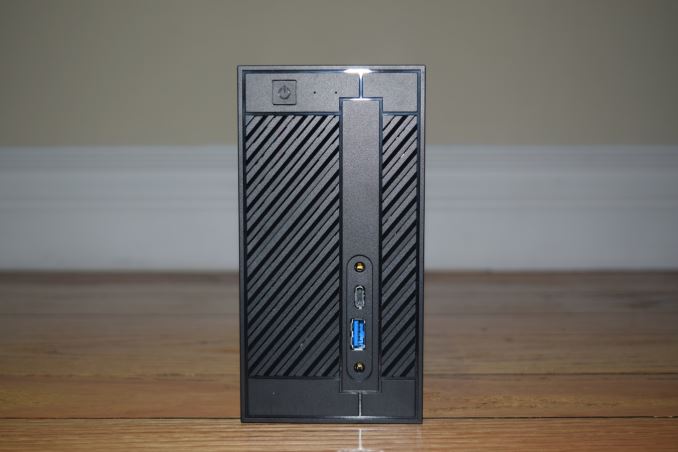 Intel introduced the 5x5 mini-STX form factor late last year with the aim of creating a small form-factor PC between that of a NUC and a mini-ITX build. Compared to the NUC-type machines, the mini-STX allow the end-user to choose a CPU appropriate for the budget and requirements. We have already looked at mini-STX offerings from ECS and MSI before, but, their computing power was restricted by the use of low-power T-series (35W TDP) CPUs. ASRock's first mini-STX machine, the DeskMini, is the first mini-STX system to have full support for 65W CPUs along with a stock Intel cooler. The DeskMini is quite affordable - $130 gives the end user a chassis, H110 motherboard and a power adapter.

ASRock is no stranger to mini-PCs. Their Vision series (using custom mobile processor-based motherboards with an optional discrete mobile GPU), larger than the NUCs, but smaller than a mini-ITX build, have proved to be quite popular in the small form-factor market. The DeskMini is ASRock's play in the mini-STX field. Like all other current mini-STX machines, the DeskMini board comes with a LGA 1151 socket. However, the chassis is large enough to support a stock Intel CPU cooler. This means that the unit can support CPUs with TDPs up to 65W. The two SODIMM slots are of the DDR4 variety (like the MSI Cubi 2 Plus, and unlike the ECS LIVA One).

The other interesting aspect is the M.2 SSD slot - usually, vendors want to maintain both SATA and PCIe support, but ASRock has decided to support only PCIe SSDs - this means that the I/O lanes feeding the slot are not multiplexed from the H110 PCH, but, come from the CPU directly. The H110 chipset used in the DeskMini is one of the lower-end 100-series chipsets. The PCIe lanes from the PCH are PCIe 2.0 and the I/O options are limited. Therefore, it is a point of differentiation for ASRock to utilize the CPU's PCIe lanes for the M.2 SSD slot.

Other than the 65W TDP CPU support and the PCIe 3.0 M.2 SSD slot, other aspects are similar to currently available mini-STX machines - support for 2.5" drives, and flexibility to add serial ports / extra USB ports with tweaks to the connectors / using a slightly different chassis. 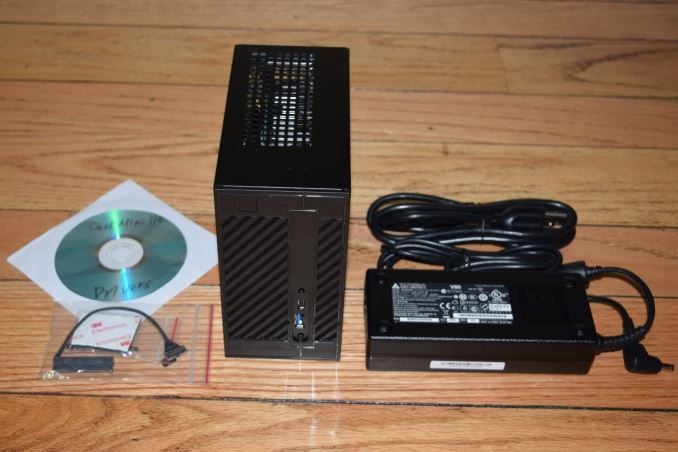 ASRock sent across an unusual set of components for the build. A Core i5-6500 and a G.Skill DDR4 2133 MHz 2x8GB kit were included in the package in addition to the main kit (chassis with the motherboard pre-installed, a 120W (19V @ 6.32A) power adapter and appropriate power cord). However, the M.2 WLAN adapter slot was empty. We reached out to Intel for the AC8260 PCIe card, and used a Samsung SSD 950 PRO in order to complete the build. 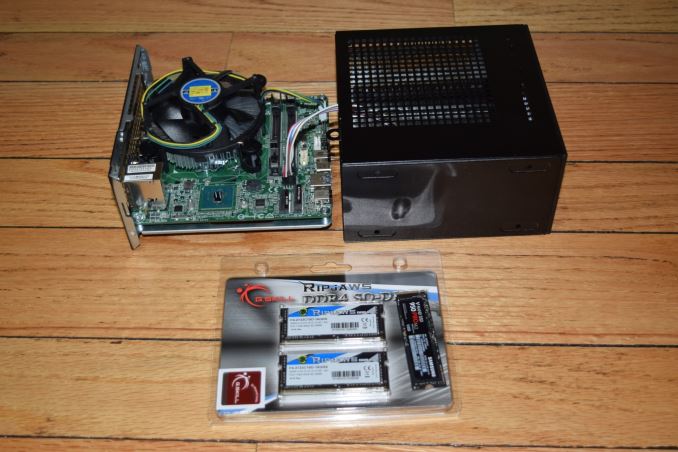 The specifications of our review sample are summarized in the table below.

The gallery below takes us around the chassis and the internals of the DeskMini, as well as the Intel WLAN adapter.

The BIOS is one of the more comprehensive ones that we have seen in the mini-STX space. The gallery below shows the various tweaks available.

In the table below, we have an overview of the various systems that we are comparing the DeskMini against. Note that they may not belong to the same market segment. The relevant configuration details of the machines are provided so that readers have an understanding of why some benchmark numbers are skewed for or against the DeskMini when we come to those sections.