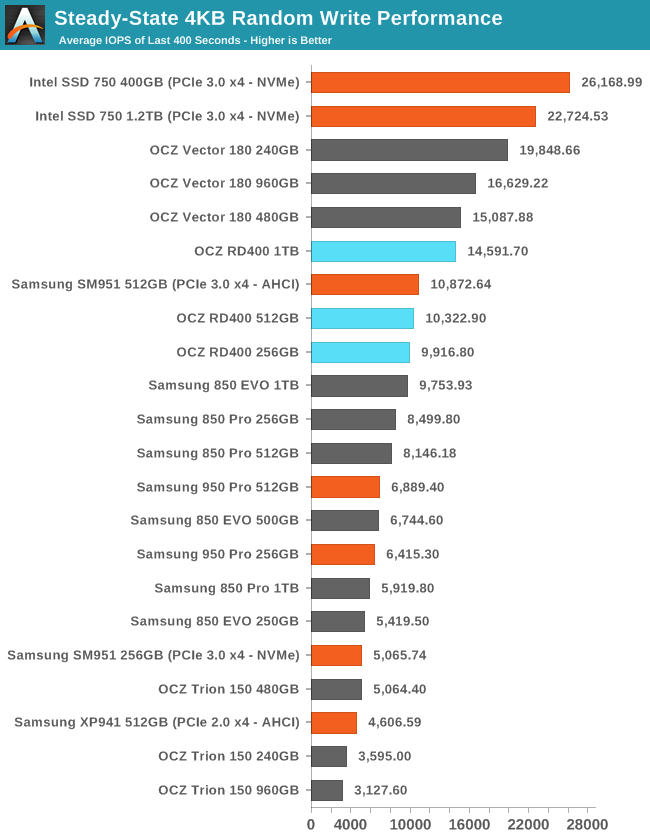 The RD400 sustains good random write performance, but the controllers and firmware in the OCZ Vector 180 and Intel 750 were designed with this kind of test in mind, and it shows. PCIe and NVMe don't help appreciably when the performance bottleneck is all the bookkeeping inside the controller, but NVMe controllers tend to have at least adequate processing power. 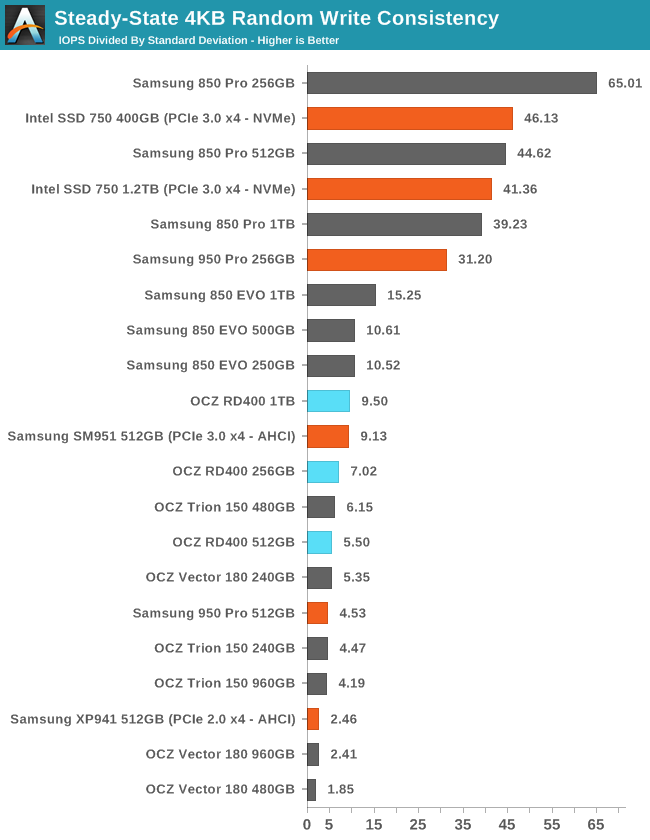 Most Samsung and Intel drives are much more consistent than the RD400, but the latter's score is fine for a client drive.

The 512GB RD400 shows oddly different behavior from the other two capacities when tested with overprovisioning, but the RD400 results are all good looking with no extremely low performance outliers.

The minimum random write performance of the RD400 is as good as the average performance of most SATA drives. There is some periodic variation apparent for the 512GB and 1TB models in the form of steep drops that last only a few seconds.