The Deluxe has more of the features we expected from the Pro board.  In a similar design, we see power and reset switches on the board, dual gigabit Ethernet and double-digit debugging LEDs. 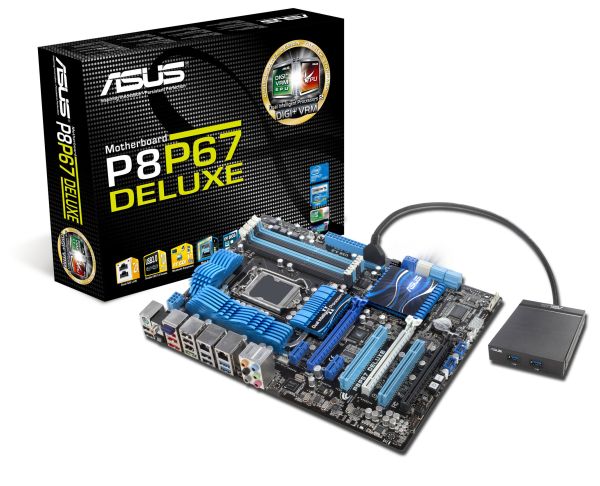 The extended VRM heatsink cooling is the most obvious visual change over the Pro, despite the fact that the Pro and the Deluxe both have only one 8-pin 12V connector, which suggests that ASUS have shelled out a few more reddies on the VRM for the socket on the Deluxe.  Whether that plays out to any performance gain, or a raise in the performance ceiling, we’ll find out in due course.

The main back panel change, apart from the presence of dual gigabit Ethernet, is the combination PS/2 mouse and keyboard port, and the CMOS clear button.  The button itself is recessed slightly behind the 5.1 audio and the USB ports on either side, so in order to press it, you really have to be searching for it.  Or if your cat decides it’s a toy on the back panel and accidentally claws it with some force. 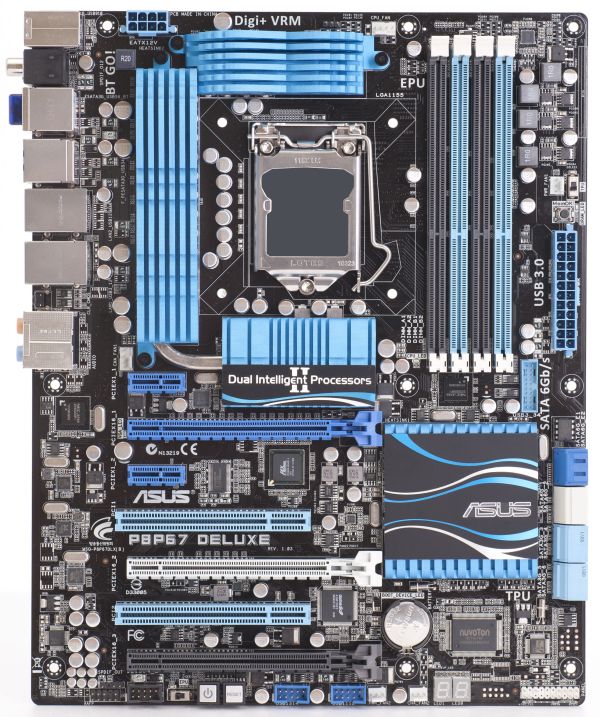 Other additions/changes of note is the PLX chip between the first PCIex16 slot and the first PCI slot, and the relocation of the bridging USB2.0/3.0 to SATA ASMedia chip to a more central location next to the battery.  The Deluxe, like the Pro, has eight SATA ports in total, but these are labelled, and shows four SATA 3Gb/s (labelled 3, 4, 5 and 6), two SATA 6Gb/s, and two more SATA 6Gb/s, designated ‘E’.  This raises a couple of questions – what happened to SATA 3Gb/s which are labelled 1 and 2?  If the 6Gb/s ‘E’ designation is for eSATA, why are the back-panel eSATA ports labelled 3Gb/s?

Obviously, expect the Deluxe to retail at a high price than the Pro.  How much more, we don’t know yet, and ASUS is keeping that info to themselves.