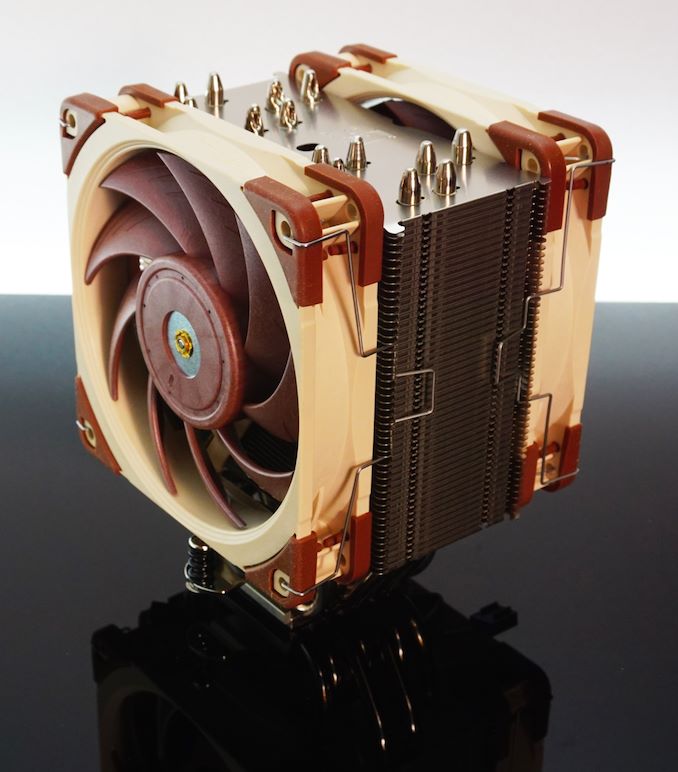 Physically, the NH-U12A is relatively simple. It is a single tower cooler, with the array of fins floating above a small base and relying on heatpipes to transfer the thermal energy away from that base and to the main body of the cooler. Despite the 120 mm fan size, the NH-U12A is not exactly compact – it is short enough to fit inside the majority of ATX-compliant cases, but the fin array is thick and the presence of two 120 mm fans makes the cooler even wider. Even though Noctua made sure that the NH-U12A will stay clear of the PCI Express slots, the cooler will cover a significant portion of the motherboard and is very likely to hang over the RAM slots on many boards, limiting RAM height on these slots to 42 mm. 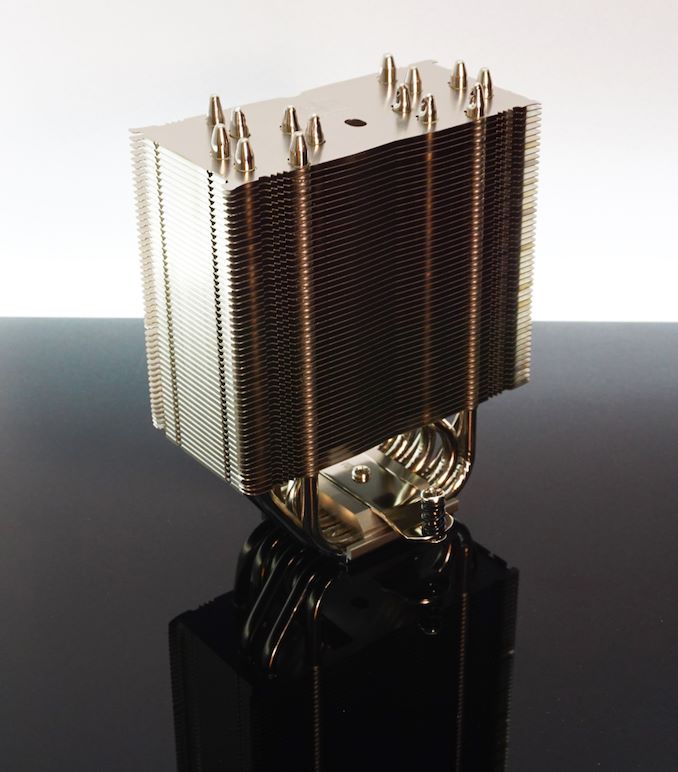 Noctua claims that the NH-U12A brings 140 mm cooler performance in 120 mm size. We can see why, as the array of fins is significantly wider than that of the NH-U12S, a cooler that the company introduced as a top-tier 120 mm cooler and even made a Threadripper-specific version of it. Aside from the wider array of fins, the cooler has seven heatpipes, accelerating heat transfer even further. The heatpipes are made of copper but are nickel-plated. The joints are all soldered, ensuring maximum thermal transfer and mechanical cohesion.

Due to the dense fin array, Noctua’s engineers had to optimize air pressure and went with two fans instead of one. The fans used are the company’s own 120mm NF-A12x25 fans, which combine airflow with good air pressure, making them ideal for fan speed controlled CPU coolers. Still, it appears that the very dense array of fins on the NH-U12A forced the designers to use two fans in order to maintain viable airflow levels, at least when the speed of the fans is low. 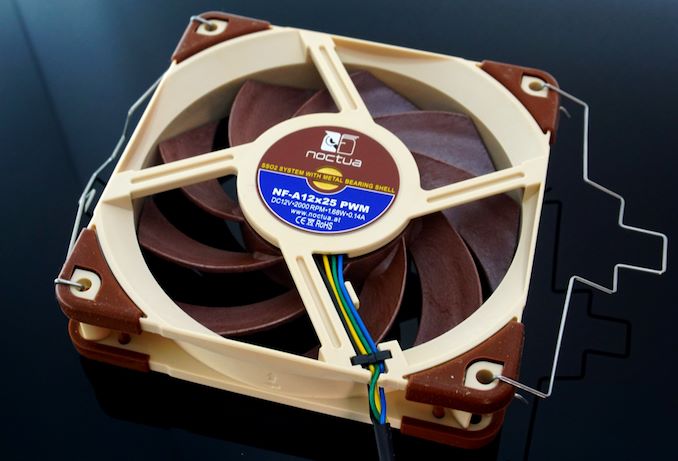 The base of the cooler that makes contact with the processor is split into two parts. The bottom half of the base is made out of nickel-plated copper, maximizing the heat transfer rate from the CPU to the heatpipes. It is extremely well machined, perfectly flat and smooth. The top half serves only as a mechanical support and is made out of aluminum, while the mounting bracket is nickel-plated steel.